By Newsroom on August 3, 2016Comments Off on Instagram Just Debuted Snapchat-Like ‘Stories’ That Disappear After 24 Hours

Virtually copying Snapchat’s most popular feature, Instagram is debuting Stories — a simple way for users to share moments of their day in slide-show form.

In keeping with the Snapchat theme, the moments disappear at the end of the day. 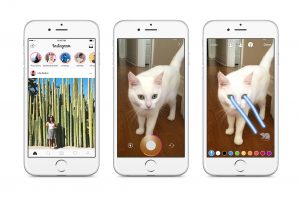 “Photos and videos in your story disappear after 24 hours and don’t appear on your profile, and reactions and conversations stay private,” a company spokeswoman said on August 2. “You don’t have to worry about over-posting.”

Fostering a more intimate experience, users can also share stories with select “friends” and hide them from others.

While still growing a respectable clip, Instagram is clearly losing ground to Snapchat. Indeed, the social sensation recently surpassed Instagram as the top social destination among teens, according to findings from Piper Jaffray.

“Social networks are chasing the same eyeballs, and they’re all borrowing/revamping capabilities to provide similar experiences for existing users while trying to capitalize on relevance to attract new users,” said Erna Alfred Liousas, an analyst with Forrester Research. 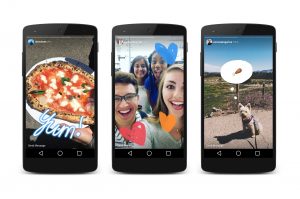 Yet, while “Instagram will certainly learn quite a bit with their new feature … Snapchat users are on Snapchat for the totality of their experience, not just one component of it,” Liousas added.

Like Snapchat Stories, Instagram’s new feature encourages users to type text and draw on their picture before they are shared.

On the receiving end, users can now expect to see stories from people they follow in a bar at the top of their feeds. When there’s something new to see, their profile photo will have a colourful ring around it. To view someone’s story, users need only tap on their profile photo. 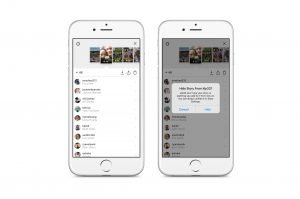 Despite the rise of Snapchat, Instagram continues to post impressive usership figures. The Facebook unit’s monthly user base more than doubled over the past two years, and it added its last 100 million active users faster than the previous 100 million.

On average, Instagram now sees about 95 million photos and videos shared per day, and about 4.2 billion” likes” per day.

But Snapchat’s success shows no signs of slowing. As of June, it reportedly boasted 150 million daily active users.

Instagram Just Debuted Snapchat-Like ‘Stories’ That Disappear After 24 Hours added by Newsroom on August 3, 2016
View all posts by Newsroom →