By Newsroom on August 23, 2017Comments Off on IBM claim Blockchain will enhance global food safety 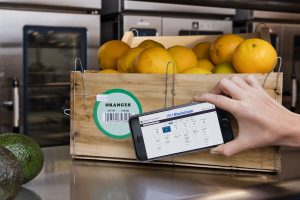 Food retailers like Walmart, Unilever and Nestlé are partnering with IBM on a blockchain collaboration intended to address food safety.

Additional IBM partners include Dole, Driscoll’s, Golden State Foods, Kroger, McCormick and Company, McLane Company and Tyson Foods. They will work with IBM to identify new areas where the global supply chain can benefit from blockchain technology, which is a digital ledger IBM said establishes a “trusted environment for all transactions.”

In other words, each player in the food supply chain – including growers, suppliers, processors, distributors, retailers, regulators and consumers – can access information about the origin and state of food and a blockchain network could be used to trace contaminated products to their sources faster.

As it stands, IBM said one in ten people become ill each year – and 400,000 people die – because of contaminated food. What’s more, it can take weeks to identify the precise point of contamination, causing further illness, lost revenue and wasted product.

However, in recent trials in the US and China, IBM and Walmart demonstrated that blockchain can be used to track a product from the farm through every stage of the supply chain “in seconds instead of days or weeks,” IBM said.

“Unlike any technology before it, blockchain is transforming the way like-minded organisations come together and enabling a new level of trust based on a single view of the truth,” said Marie Wieck, general manager of IBM Blockchain, in a statement. “Our work with organisations across the food ecosystem, as well as IBM’s new platform, will further unleash the vast potential of this exciting technology, making it faster for organisations of all sizes and in all industries to move from concept to production to improve the way business gets done.” 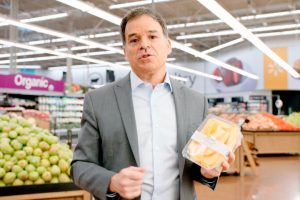 Frank Yiannas, vice president of food safety at Walmart, added, “As an advocate for greater transparency in the food system to benefit customers, Walmart looks forward to expanding on our initial work by collaborating with others to accelerate exploration on how this technology can be used as a more effective food traceability and food safety tool. Blockchain technology enables a new era of end-to-end transparency in the global food system – equivalent to shining a light on food ecosystem participants that will further promote responsible actions and behaviours. It also allows all participants to share information rapidly and with confidence across a strong trusted network. This is critical to ensuring that the global food system remains safe for all.”

Further, to accelerate the adoption of blockchains, IBM said it is introducing an enterprise-grade production blockchain platform and consulting services, which will allow more organisations to activate their own business networks.