By Newsroom on March 8, 2018Comments Off on Huawei surprises beachgoers in Bondi with Mate 10-powered portable battery station

In an out-of-home activation for its Mate 10 smartphone, Huawei installed a portable battery charging station at Bondi beach in Sydney, Australia. 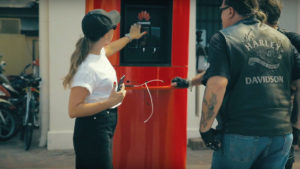 The Chinese smartphone maker wanted to play on Australians’ love for the outdoors just as much as their smartphones. That is until their phone runs out of battery, cutting their day at the beach short.

With its increased battery life, Huawei wanted to show that Mate 10 has phone users’ backs all the time.