By Newsroom on June 20, 2018Comments Off on Google launches its own Android podcast app to cash in on medium’s growth 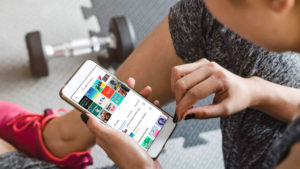 Google is muscling in on the podcast market with the launch of its own Android podcast app, Google Podcasts.

After a false start with a standalone service, “podcatcher” for Android, which was axed in 2012, users have had to access podcasts either through Google Play Music or third-party apps.

Now, Google has boldly predicted that with the release of a native first-party Android app it “could as much as double worldwide listenership of podcasts overall.” 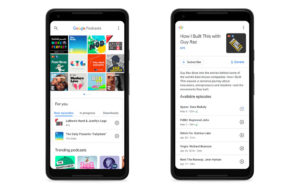 IAB has since predicted triple-digit growth between 2017 and 2020.

Hoping to cash in on the burgeoning market, Google new offering will come with custom recommendation algorithms under the hood the new service is being touted as a new way to connect people based on their own unique listening habits. 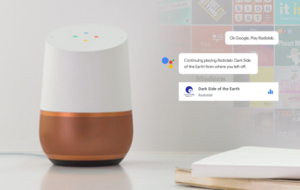 A raft of AI-powered features are planned for the service in the coming months including closed captions, functionality which could be expanded to real-time live transcriptions in any language over time.

While the new service boasts clever software in look and feel it is largely the same as other podcast data, enabling people to search, download and play from a library of two million archived podcasts.

Google is also hoping to stand out by bringing more diverse content to the platform, mindful that at present just one quarter of podcast hosts are female with even fewer ethnic minority hosts.

Google launches its own Android podcast app to cash in on medium’s growth added by Newsroom on June 20, 2018
View all posts by Newsroom →