By Newsroom on December 5, 2017Comments Off on Fridge Raiders and Saatchi & Saatchi Team for Call of Duty WWII Promotion

Mattessons Fridge Raiders and Saatchi & Saatchi London have launched the latest in a series of award-winning campaigns aimed at the online gaming community. Partnering this year with the World’s biggest gaming franchise, Call of Duty, Code Strike is a mobile game that will test gamers’ code breaking skills and has been released to coincide with the global launch of Call of Duty WWII. 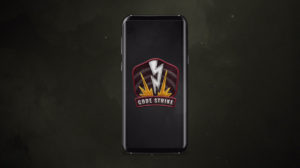 Set within Bletchley Park during WWII and created in partnership with Bletchley Park Trust and The National Museum of Computing, Code Strike features numerous puzzles which have all been specially designed to test key abilities required to be a real code breaker, such as: reaction speeds, memory recall and reasoning plus computational thinking.

The game has been designed to reflect and celebrate Britain’s history of code-breaking and in particular, the efforts of the Allied war effort during WWII. In 1942, Bletchley Park recruited a team of code breakers with a cryptic crossword featured in The Daily Telegraph. It was in this iconic location that the most famous code breaker, Alan Turing, and his team of code breakers broke the German Enigma code. 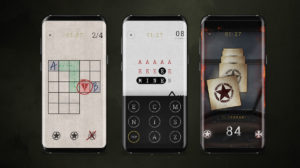 Included within Code Strike is a hidden challenge that only the most capable of code-breakers will be able to unlock. In partnership with Cyber Security Challenge UK, an initiative established to strengthen the national pool of cyber skills, fifteen elite codebreakers will be fast tracked to a prestigious face-to-face competition, and could even be recruited into the next generation of cyber defenders.

Building on last year’s campaign, Snacker Hacker, that taught 70,000 coding lessons to teen gamers, this initiative is the fourth collaboration between Fridge Raiders and the gaming community.

Will John, Creative Director at Saatchi & Saatchi London, said: ”We’ve always looked to collaborate with gamers, to showcase their creativity and skills. We’ve let them co-create a meat-snacking helmet. We’ve helped them develop an A.I. robot. We’ve even taught them how to code. Now we’re powering them up into code breakers.  After all, they’re a talented bunch. This is about providing them with an opportunity to use their skills in the real world. And fast-tracking the very best into real careers in cyber security.” 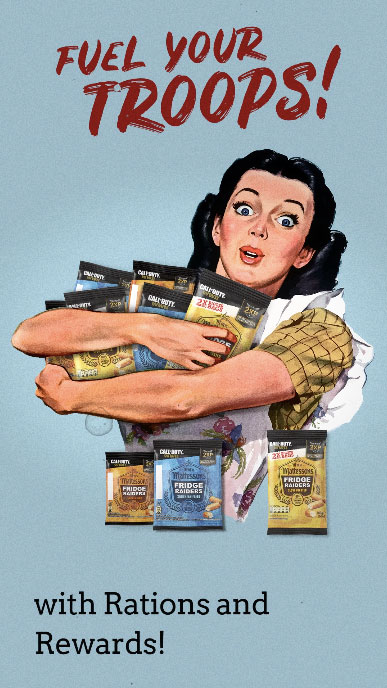 The campaigns are rooted in research that revealed that 61% of UK teens game and snack after school – and that when they get home, they open the fridge door before they open the cupboard. This latest work forms part of Mattessons’ ambition to make Fridge Raiders the ultimate protein–rich gaming snack for hungry teens.

Alastair Gibbons, Senior Brand Manager at Kerry Foods added: “Our ambition is to make fridge raiders to gaming, what popcorn is to film. Over the past 5 years we’ve seen significant commercial and brand health growth from targeting gamers and we’re excited to see the success of our Call Of Duty partnership over the next coming months.”

To launch Code Strike three 30 second films have been created for VOD and Social, targeting gamers on Twitch and gaming YouTube channels and will also appear at DOOH sites at Tesco, ASDA stores nationwide as well as in select Student Unions.

Special promotional Call of Duty packs of Fridge Raiders will also be available on shelf with UK exclusive 2XP codes which will enhance the gaming experience. These codes can only be redeemed by downloading the Code Strike app.

Continuing the relationship with Ali A, which began with the successful FRHANK campaign for Fridge Raiders in 2014, Mattessons have teamed up again with the YouTube star and UniLad to create a Facebook live event to launch the app.

The Code Strike APP is available now to download on iOS and Android. To experience the app for yourself now, simply search CODE STRIKE in the app store of your choice.

Fridge Raiders and Saatchi & Saatchi Team for Call of Duty WWII Promotion added by Newsroom on December 5, 2017
View all posts by Newsroom →