By Newsroom on January 22, 2018Comments Off on Facebook turns to users to identify and rank trustworthy news platforms 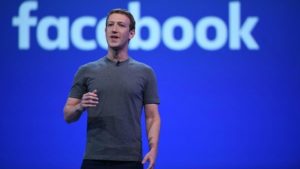 Facebook will prioritise news that is trustworthy, informative and local from trusted sources to combat fake news, strengthen relationships, and engage in active conversations with users.

According to Facebook founder Mark Zuckerberg, Facebook will take feedback from users to further tackle sensationalism, misinformation and polarisation.

Zuckerberg, in a post on Facebook, said:”As part of our ongoing quality surveys, we will now ask people whether they’re familiar with a news source and, if so, whether they trust that source. The idea is that some news organisations are only trusted by their readers or watchers, and others are broadly trusted across society even by those who don’t follow them directly. We eliminate from the sample those who aren’t familiar with a source, so the output is a ratio of those who trust the source to those who are familiar with it.”

The step comes in after Facebook demoted business, brand and media posts in news feed shake up.

Facebook turns to users to identify and rank trustworthy news platforms added by Newsroom on January 22, 2018
View all posts by Newsroom →