By Newsroom on March 28, 2017Comments Off on Messenger takes on Apple & Google by offering real-time location sharing 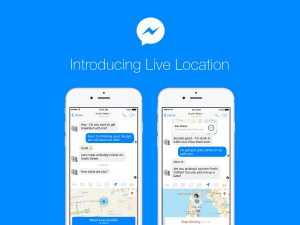 Facebook Messenger has incorporated real-time location sharing within the communication tool for the first time, enabling users to broadcast their whereabouts to a friend in one hour intervals.

The added functionality brings Facebook into contention with similar tools offered by Apple’s own iPhone messages app and Google Maps. The functionality was prompted by an observation that one of the most common phrases to be sent was ‘How far away are you?’

Although optional once enabled the position tracker can map a person’s movements for a full 60 minutes, banishing the frustration of waiting on someone late for a meet-up wondering whether they’ll deign to turn up. 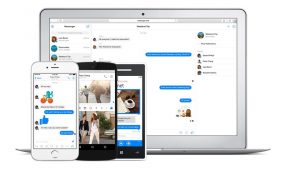 In addition to convenience Facebook foresees the feature having safety-related uses as well.

Location sharing is the latest in a series of updates to be pushed by Facebook for its Messenger spin-off, including allowing brands such as KLM to communicate directly with customers via AI powered bots.

Messenger takes on Apple & Google by offering real-time location sharing added by Newsroom on March 28, 2017
View all posts by Newsroom →