By Newsroom on August 20, 2018Comments Off on ‘Dumb phone’ sales on the rise as smartphone users hope to switch off 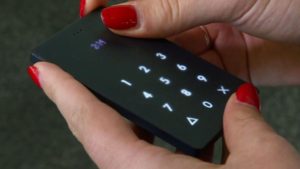 With research revealing Brits are spending more time online than ever before, it may be surprising to learn that sales of so-called ‘dumb phones’ have noted an uptick in sales for the first time in years.

Known within the industry as ‘feature phones’, these handsets simply make and receive calls are being marketed as a means to switch off.

Research from Ofcom found 78% of British people said they couldn’t live without their smartphone with users spending 2 hours and 28 minutes per day on them, rising to 3 hours and 14 minutes for 18-24-year-olds.

Speaking to Sky News, one Brit who has switched to a dumb phone, claimed she did it to escape from round the clock social media access. Chartered psychologist, Dr Daria Kuss, who has studied compulsive use of smartphones said users can develop a genuine addiction.

“They may be aware that they’re using it too much however they can’t stop themselves,” she commented.

“They may be afraid to miss out on anything that may be happening on their social media channels being one of the reasons why they use it compulsively and this may lead to symptoms that have been associated with addition like withdrawal, preoccupation and loss of control.”

According to the statistics, global sales of smartphones rose 2% last year with sales of feature phones up 5%.

‘Dumb phone’ sales on the rise as smartphone users hope to switch off added by Newsroom on August 20, 2018
View all posts by Newsroom →