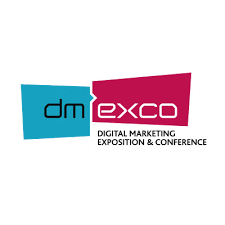 Rise of the machines: Technology is the driving force of digital advertising – certainly in the programmatic space. Just about every international platform had a stand and all the large business DMP platforms had a presence. In the congress hall a large number of topics were built around the use of data to drive campaigns, although this is the first year that this actually felt real and people were using real examples and talking about things happening now.

On-site: There was a real prominence of on-site testing and usability companies and even the big boys are talking about it. Google obviously has Analytics 360 and Adobe is really keen to start with on-site, whether that’s multivariate testing or site analytics. With the push toward data-driven digital this will continue to grow and it’s nice to see measurement, which is so crucial to digital, is really starting to bubble to the surface rather than just sit in a specialist space.

Ad blocking: I expected this to dominate, after all no one likes less spend. Whilst it was certainly a topic I think the smoke has cleared slightly. It felt a much more balanced conversation than previously and perhaps the most talked about area was the rise of ad blocking companies, selling, er, ads.

Stack it up: The decision to put all your eggs in one technology basket, or not, really came through this year. From the Adobe and Google closed ecosystems to independents discussing how they fit into a best-in-class, individually selected stack – everywhere you looked people wanted to talk about how they played nice with others, or themselves.

Where are the creatives?: Why doesn’t the creative industry show up en masse to DMEXCO? Digital has swung back to a world where even the most technical of us realize the creative and message are crucial (every DSP exhibiting had this top of the agenda). After all, you can have all the data in the world but if the creative doesn’t stack up, it means nothing. I had a few conversations about this, it really feels like the first of the creative to take the leap could really do very well out of it. Perhaps we will see more of them next year, but I am not holding my breath.

A good place to go and ‘geek out’. There is a clear identity crisis at DMEXCO, whilst there are many from the international market, the German centricity is still present, it will be interesting to see how this plays out over the next few years. One would expect the big internationals to eventually ‘internationalise’ it but right now it seems they are merely tagging along to a German party. Programmatic dominates this show, followed by on-site technology – for it to truly grow into the go to EMEA festival of digital we need to see more from search, social, SEO & the creative industry, after all, it is all part of the performance story. Given our FAST story and belief that all media must perform and be integrated, the more variety the better.