By Newsroom on October 16, 2018Comments Off on Crunchfish signs agreement with the AR company RealMax 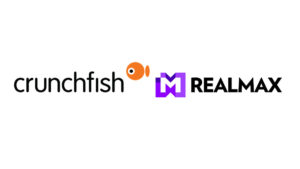 First North-listed Crunchfish and RealMax Oy in Finland signs an agreement allowing the AR smart glasses provider to pre-integrate and demonstrate Crunchfish’s gesture interaction technology in solutions for its RealWear AR products. The partnership further strengthens Crunchfish’s global network of AR-partners and the position as one of the leading suppliers of gesture control for AR smart glasses.

Finnish RealMax Oy is part of the RealMax Group, which is one of the leading companies within Augmented Reality. The company offers a complete AR ecosystem consisting of both hardware and software. RealMax primarily addresses AR in industrial, medical and education sectors where their AR smart glasses, RealWear HMT-1, meets the most challenging requirements.

The cooperation with RealMax strengthens Crunchfish’s position further as one of the leading suppliers of gesture control for AR smart glasses for industry use. Over the last year, Crunchfish has entered into several strategic partnerships with major global players, which has resulted in an extensive global network of partners, which is a key factor for success in a growing market.

“We are the leading suppliers of AR smart glasses and solutions for tough environments, including IP66 and even ATEX, where the demands are high on hardware, software and interaction efficiency. We see Crunchfish as one of the leading providers on the market and their gesture control software combined with RealWear HMT-1 voice control solution can enable the market’s most effective user experience in AR smart glasses,” says Matti Vappula, Director, Business Development at RealMax.

“A cooperation with RealMax targeting their AR smart glasses opens up for many new joint projects that can benefit from our gesture technology. We are very happy to get the opportunity to work with RealMax and provide a solution to interaction issues that many times appear in demanding industrial environments,” says Joakim Nydemark, CEO of Crunchfish.

Crunchfish signs agreement with the AR company RealMax added by Newsroom on October 16, 2018
View all posts by Newsroom →