By Newsroom on September 14, 2018Comments Off on Buzzvil Charts Rising Interest in Mobile Lockscreen Advertising 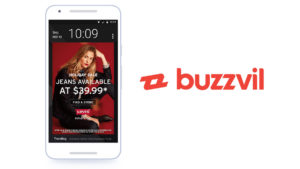 The report, ‘The State of Lockscreen Advertising: Engagement, Revenue and Apprehension in a New Era of Mobile Advertising,’ documents a growth spurt in the nascent use of lockscreen advertising in the U.S. market, coupled with an outlook of the lockscreen’s full potential as more ad spending is directed toward mobile campaigns.

“This is a pivotal time for mobile advertising, and what is possible with lockscreen advertising solutions,” said Robert Seo, CEO, Buzzvil US. “The record-high spending on mobile advertising we’re seeing doesn’t always deliver a corresponding increase in engagement, except for lockscreen campaigns’ delivery of unprecedented levels of consumer interaction.”

Buzzvil looked at trends among the 5.4 billion monthly consumer impressions earned among its partners’ lockscreen programs to highlight the reversal of industry issues, including avoidance of accidental ad clicks which can skew actual campaign results. Data analysed across Buzzvil’s 17 million global users revealed:

“Publishers are discovering that when they ask consumers if they want a lockscreen program, either to receive loyalty incentives or for ads that speak to consumers’ brand affinity, consumers are overwhelmingly giving them the chance to be the first impression of every mobile interaction,” Seo said.

‘The State of Lockscreen Advertising: Engagement, Revenue and Apprehension in a New Era of Mobile Advertising,’ can be downloaded here.