Apple reaches out to publishers with Texture buyout

By Newsroom on March 13, 2018Comments Off on Apple reaches out to publishers with Texture buyout 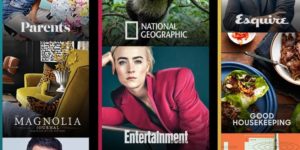 is seeking to make a fresh start in its often-strained relationship with publishers after drawing digital magazine distributor Texture under its wing for an undisclosed sum.

The subscription service, formed by a consortium of publishers in 2009, gives members access to articles from over 200 magazines on both Apple and Android devices for just $10 per month, something Apple insists will continue once it is in charge.

Ironically the business was established as a means of handing publisher backers such as Conde Nast, Hearst, News Corp and Meredith direct control of their own digital distribution by removing Apple and Google from the frame across a broad spectrum of titles ranging from GQ and National Geographic to Wired.

Apple’s embrace of the digital magazine distributor is a sign of big tech reaching out to publishers as relationships become increasingly strained, led by concerns that Facebook and Google alone now command 73% of the US digital ad market.

Facebook has enraged publishers further by tweaking its newsfeed algorithms to prioritise posts penned by friends and family over those produced by businesses and media companies.

Apple reaches out to publishers with Texture buyout added by Newsroom on March 13, 2018
View all posts by Newsroom →