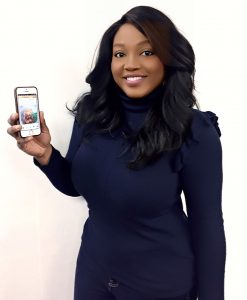 Vivian Ngwodo is part of a new generation of women, particularly women of African descent, who are using technology to take ownership of the entrepreneurial landscape. Born and raised in Nigeria, Vivian has always been a solutions provider, a problem solver and lover of food.

In 2010, Vivian resigned from her Foreign Operations job in one of Nigeria’s major banks and embarked on a journey to Scotland to pursue a Master’s Degree and began her career journey in the U.K financial industry. She relocated to London in 2012 to start a new job and was excited at the fact that being in London also meant having more access to her beloved Nigerian food.

However, Vivian soon discovered how difficult and frustrating it was to find Nigerian or other African restaurants in London. Even though she quickly adapted to British and Asian foods which were readily available, once in a while, she craved Nigerian food and wanted to introduce her friends to it as well. 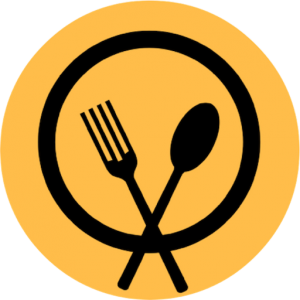 When Vivian realized that there was very little visibility or recognition of African and Caribbean restaurants she was inspired to launch a restaurant blog and a super directory where she reviewed and listed African and Caribbean restaurants and food business from across London in 2014. By 2015 and 2016, there was a sudden rise in African Supper Clubs in London and Londoners were excitedly looking to try the exotic and diverse flavours from the African continent.

Whilst undertaking an internship with a digital media company, Vivian began developing a Location based app that would make it easier for people from all ethnicities to find & review African and Caribbean restaurants. 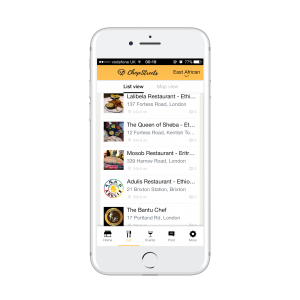 Chopstreets is an exciting new social app, the first of its kind in the UK dedicated to Afro-Caribbean food that finds and curates the best African and Caribbean restaurants, takeaways, pop-ups and supper clubs. With the social networking feature, users can eat their way around the African continent and taste the delicacies of The Caribbean. Now people can instantly see African and Caribbean food recommended by their friends and contacts and event share their own dining experiences.

“African and Caribbean cuisines have been under-represented for far too long and I am on a mission to make them famous by using technology to provide a platform for people to discover Afro-Caribbean cuisine easily and also set a standard for the Afro-Caribbean food industry in the UK. My vision for Chopstreets is that it becomes an active social network for both African and Non-Africans as I believe eating is a social activity and the best friendships are made over food,” revealed Vivian Ngwodo, Founder of Chopstreets.

Woman in Tech Develops App Dedicated to African and Caribbean Food in the UK added by Newsroom on February 15, 2017
View all posts by Newsroom →