By Newsroom on April 24, 2018Comments Off on Wahoo Fitness announces official partnership with JLT Condor 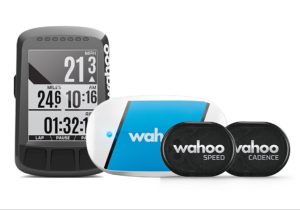 the leader in connected fitness devices, has today announced its latest partnership for the 2018 professional road racing season with the addition of British UCI Continental team JLT Condor. During the 2018 and 2019 seasons, JLT Condor will use Wahoo’s game-changing ELEMNT BOLT GPS computer which was designed using CFD (Computational Fluid Dynamics) testing to be the most aerodynamic cycling computer on the market, Wahoo’s TICKR heart rate monitor and RPM Speed and RPM Cadence sensors.

In partnering with Wahoo for two seasons, the JLT Condor squad joins BORA-Hansgrohe (led by three-time world champion Peter Sagan), five time Tour de France winners Team Sky, and Marcel Kittel’s KATUSHA ALPECIN team in having selected to use Wahoo’s innovative products in the pursuit of success at some of cycling’s toughest races. 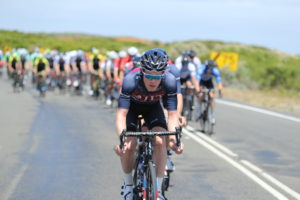 news also follows the recent announcement that Wahoo has become SweetSpot’s Official Training and Cycle Computer Partner. Wahoo will provide an insight into rider data from partner teams for use in TV coverage of the OVO Energy Tour of Britain (2-9 September 2018), OVO Energy Women’s Tour (13-17 June 2018) and OVO Energy Tour Series (May 2018).

Commenting on the partnership, JLT Condor’s team manager, John Herety said: “We are delighted to partner with Wahoo for the next two seasons. We always want to work alongside companies who have the same competitive edge and winning mentality as the team. It’s clear that Wahoo develop and build their products to a similar ethos, and that the ELEMNT BOLT GPS computer offers notable performance gains in terms of its aerodynamic design and data capture technologies.”

“Following on from our partnerships with BORA-Hansgrohe, Team Sky and KATUSHA ALPECIN, we are extremely proud that JLT Condor will be training and racing with Wahoo in 2018 and 2019,” said Wahoo’s Vice President of Global Marketing Colin Eustace. “I have no doubt that the performance gains offered by the Wahoo ELEMNT BOLT GPS computer will benefit JLT Condor’s talented roster when they race in both the UK and abroad in the months ahead.”