By Newsroom on March 12, 2018Comments Off on UK paves way for 5G rollout with £25M test projects 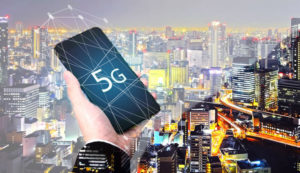 British government has announced the winners of a £25 million competition to test 5G technologies across the UK.

The fund will be split six ways, with amounts of between £2 million and £5 million spread across projects exploring the benefits of 5G for rural communities, tourism, health care, agriculture, manufacturing and self-driving cars.

The introduction of 5G is a highly anticipated event both in the UK and internationally, and will see networks upgraded to to be faster and more reliable. Not only will 5G bring improved broadband and connectivity for consumers, it will see new technologies such as self-driving cars, the internet of things, wireless VR and drone deliveries become a reality.

The first 5G phones are expected to arrive on the market next year, although 5G networks aren’t expected to launch in the UK until at least 2020. Bringing the technology to life involves collaboration from across the mobile industry, government, regulators, service providers and infrastructure companies.

In the UK, the government and regulator Ofcom have both said they are committed to making the country a world leader in 5G, but the reality is there is still much work to be done before 5G is ready to go, as outlined in a report released by Ofcom.

In the meantime, Ofcom is making spectrum available for testing so that universities and companies in the UK can explore potential applications for 5G. Of the six projects the government awarded money to, two are focused on the impact of 5G in rural communities, including using drones and other autonomous farm vehicles in agriculture and delivering BBC radio over 5G networks.

A smart tourism project in Bristol and Bath will explore using AR and VR at major attractions. In Liverpool, a 5G testbed will allow new technologies to be used for patient monitoring and support, management of loneliness in older adults, aid to independents living in the home and the facilitation of communication between hospitals and the community.

“Digital economies rely on connectivity so the UK can’t sit and wait,” said Scot Gardner, UK CEO of Cisco, which is running one of the rural projects. “We need to be trialling now, understanding what 5G can do right across the UK.”

UK paves way for 5G rollout with £25M test projects added by Newsroom on March 12, 2018
View all posts by Newsroom →