By Newsroom on September 23, 2016Comments Off on Twitter thinks its new ad format could reach 800 million people 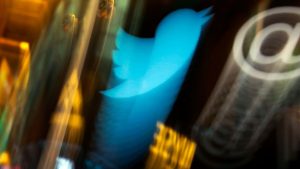 Twitter is pushing further into one of the most lucrative segments of the mobile ad economy.

The social network announced September 22 that it is now letting advertisers run native app-install advertising campaigns across a host of different apps through the platform’s third-party partnership network.

Like other types of native ads, the network will shoehorn promotions appearing on apps other than Twitter to match the look and feel of a given app, thus providing what Twitter hopes will be a less disruptive experience for users.

Twitter is expecting the initiative to reach more than 800 million people — more than twice the site’s user base.

Sometimes aggressive app-install ads are one of the biggest draws for mobile ad spenders. By some estimates, they account for 30 to 50 percent of the entire market (excluding search ads), according to Emarketer.

But the space is already crowded with rivals, including social network megalith Facebook — which rolled out a similar format in 2014 — and Apple’s nascent ads business.

Still, it’s easy to see why Twitter considers the market attractive; these ads boast considerably higher click-through rates than their static display counterparts, and nearly six in 10 millennials the company surveyed say they prefer the format.

Twitter has unveiled a flurry of new direct-response ad products in recent months as it looks to lure a wider set of brands to the platform.

Twitter thinks its new ad format could reach 800 million people added by Newsroom on September 23, 2016
View all posts by Newsroom →