By Newsroom on March 22, 2018Comments Off on TMG’s Truth launches ‘first ever’ blockchain-enabled advertising campaign 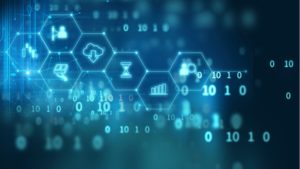 The campaign, which ran across a national publisher for ten days until 19 March 2018, saw media agency Truth fully disclose all fees involved to the client.

Blockchain as a technology has been validated by this campaign. It clearly demonstrates how blockchain enables advertisers to know exactly what elements of their campaign ran and when, with 100% transparency across the media supply chain.

The world’s first blockchain-enabled advertising campaign was for an undisclosed major brand using a campaign test budget. Truth is currently in discussions with multiple clients across multiple sectors to launch further such campaigns.

The Demand Side Platform (DSP) in the campaign was Avocet, the exchange was Sonobi and the publisher was UK based. All companies disclosed fees with the client prior to the campaign running, with Truth’s blockchain technology validating that each partner had delivered all agreed elements.

Truth CEO Mary Keane-Dawson said, “There are so many myths around blockchain’s use in advertising that need to be explored. The success of this campaign proves that blockchain in advertising is not ten years away – it is here today; it is fast enough, it provides the view that advertisers are demanding and it will deliver a cleaner media supply chain with 100 percent transparency.”