By Newsroom on November 21, 2018Comments Off on Stendahls crafts an innovative sensory test drive for Harman Kardon and Volvo Cars

When buying a new car the sound system isn’t always top of mind. To change that Swedish creative agency Stendahls, set up a test drive out of the ordinary, and took 4,500 drivers on a sound adventure through one of the world’s most vibrant cities – Madrid. 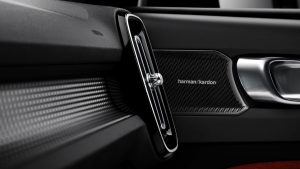 The co-branded test-drive activity by Volvo Cars and Harman Kardon was created with trigger points across the city. Each trigger point with it’s own story to tell. When a car passed one of them, sounds tailor made for that specific place were activated in the sound system.

To create a unique sound experience Stendahls had to use reliable and seamless technology which would work every day under eight weeks in 50 different cars without almost no maintenance and which would not compromise the interior design of the car with cables or ugly boxes. 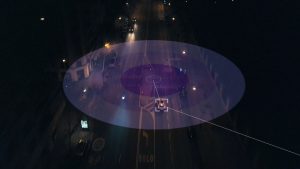 The solution was to create a GPS based app which would connect via Bluetooth to the surround system of the car. The device running the app was completely hidden in the trunk of the car, no wires, no nothing visible, just magic sound.

Triggered by the cars GPS location the agency played multi-layered sound experiences which were produced, mixed and optimised for the surround system inside the car, so that the front and back row got the best sound quality possible. 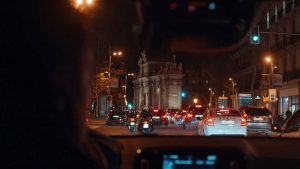 Depending where the car was in Madrid they played different soundtracks and based on famous places in the city we overlaid the soundtrack with ambient sounds and voice overs explaining the advantages of the Harman Kardon sound system. The end result was a magic sound experience in the city of Madrid.

For example, when approaching Plaza de Colon, the historic town square that celebrates Christopher Columbus, the bass kicked in and Columbus’s famous voyages of discovery were brought to life by the mighty roar of the ocean.

So while exploring Madrid, the drivers could just sit back and enjoy the soundtrack of a very special and memorable test drive.

Stendahls crafts an innovative sensory test drive for Harman Kardon and Volvo Cars added by Newsroom on November 21, 2018
View all posts by Newsroom →