By Newsroom on June 5, 2018Comments Off on Spotify Named Cannes Lions Media Brand of the Year 2018 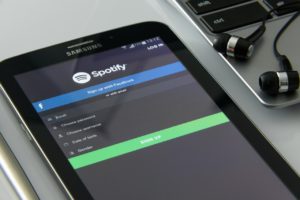 The Cannes Lions International Festival of Creativity announced that Spotify will be honoured at the annual Festival as the 2018 Media Brand of the Year. Daniel Ek, co-founder, Chairman and Chief Executive Officer, will accept the award on behalf of Spotify and its more than 3000 employees around the world at a ceremony on Wednesday, 20 June 2018, during the Festival.

“Spotify has transformed the way we engage with music. In the ten years since Daniel and his team launched the service it has gone on to reshape the future of media and transform how artists and brands communicate with their audiences. Their continued innovation and partnerships with brands has fostered a culture of creativity and a platform for new artists to share their voice and we’re delighted to be able to recognise Spotify with this award,” said Philip Thomas, CEO, Ascential Events and chairman-Elect, Cannes Lions.

The world’s largest global music streaming service with over 170 million users in 65 countries Spotify transformed music listening forever when it launched in 2008. Ten years later, the organisation is credited with the resurgence of the music industry and beloved by millions worldwide for its deep connection to global culture and remarkable mix of personalised user experiences from playlists like Discover Weekly, as well as curated content on high profile playlists including RapCaviar, Hot Country and Today’s Top Hits. The company won six Cannes Lions in 2017 for its witty and timely marketing campaigns, including “Thanks, 2016…It’s Been Weird” and “President of Playlists.”

Most recently, Spotify underscored its commitment to its freemium model with the launch of an all-new Spotify for Free, creating an improved experience that gives more control and personalisation to its more than 99 million ad-supported users and making it even easier for them to discover their new favorite artist. 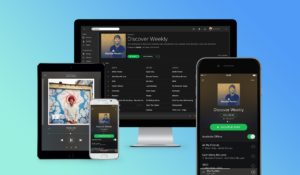 A leader in people-based marketing, Spotify sparks connections between advertisers and its highly engaged users based on the platform’s specialized understanding of people through their music streaming behavior.

Spotify has established itself as a platform for conversation about important social issues, including immigration with its “I’m with the Banned” initiative highlighting musicians affected by the U.S. travel ban and the launch of The Equalizer Project in Sweden, which addresses the gender equality gap in the music industry through seminars, networking sessions and a podcast.

Daniel Ek, said “While I can appreciate that this award normally recognizes a single individual, I didn’t embark on this journey alone. We are where we are today thanks to our employees, past and present, who have been the most integral part of our 10 year history. I am energised daily by the creativity, bravery and passion our team brings to work. On behalf of the entire company, we thank the Cannes Lions Festival of Creativity for this award.”

Spotify Named Cannes Lions Media Brand of the Year 2018 added by Newsroom on June 5, 2018
View all posts by Newsroom →