By Newsroom on February 14, 2018Comments Off on Service-Based Monetisation: The New Hidden App Revenue Stream 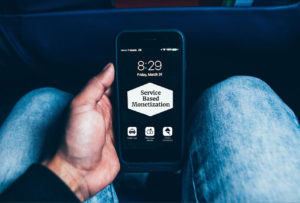 Mobile and apps, in particular, are rapidly changing.

The way people experience and consume services through their mobile phones has changed. In an era that questions the form of apps up to the point of their very existence, it’s time to look for different ways to connect with your users and monetise your apps.

Over the years, many articles have been written and surveys made in the hopes of finding the best methods for app monetisation. We looked for solutions that would generate substantial revenue from the apps we worked so diligently to develop. 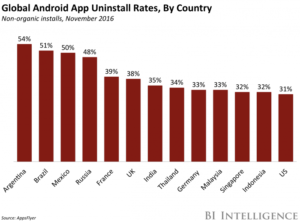 At first the methods we used were rather aggressive, such as ads that sometimes interfered with the actual use of the app, putting less emphasis on user experience (resulting in high churn rates), until we reached a point where user experience could no longer be overlooked and all matters were taken into consideration.

We can say that most publishers and app developers use two basic models nowadays – Ad-based and In-app purchase (IAP). 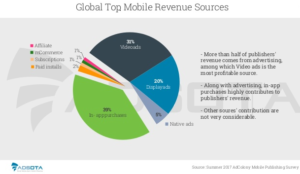 The ad-based model is the leading standard used for app monetisation, and as the statistics show, it performs better than IAPs. According to a survey by AdColony, 39 percent of total top app revenue sources use the IAP model IAP, while 56 percent use the ad-based model (video, display ,and native). But we all know that most users are not too keen on ads. Certain ad types can create a poor user experience resulting in banner blindness. Today, users need significant added value to engage with an ad.

The in-app purchase model is a lucrative one, since it allows the developer to profit despite giving the basic app itself away for free (freemium model). It is considered to be a model which works well, but in recent years, people are less inclined to make IAPs. In fact, Appsflyer found that just more than 5 percent of app users currently spend money on in-app purchases. The average in-app purchase spending per user is not high either, as shown in the image below: 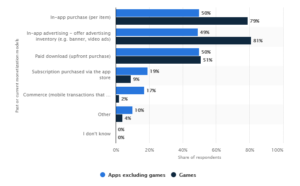 Despite the low numbers, IAP is still one of the most common ways to monetise apps, along with ad-based monetisation. This notion can also be proven when comparing gaming apps with non-gaming apps.

The following is a graph showing the most-used mobile app monetisation models according to mobile developers worldwide in 2017, according to Statista.

In a recent survey done at Appnext, we found that out of the mobile apps that offer in-app purchases, 65 percent of them also monetise via ads. IAP and ads are definitely a popular monetisation mix. 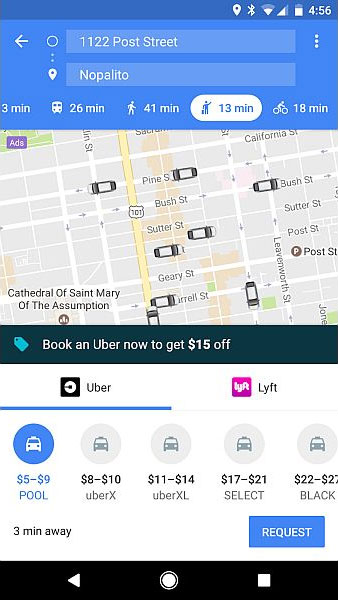 Looking For a New Monetisation Stream

So why look for another monetisation model? Why not settle for this monetisation mix? Because there is another way you can monetise your apps, and this way will also make your users happy. It’s the new “hidden” revenue stream you don’t want to miss out on.

Ad-based monetisation and in-app purchases are revenue streams that will continue to contribute to your balance sheet. But the large players in the app ecosystem have grown to understand that in order to develop a new revenue stream and also provide their end users with better incentive and a higher level of experience, a new method has to be conceived, and that is what we refer to as Service-based Monetisation.

Service-Based Monetisation – The Understanding of the Giants

Google, Facebook, and Chinese WeChat understood this trend long ago—Google added a cool feature to Google Maps, presenting users with the ability to order Uber or Lyft rides when checking their routes in the app. It gave the predicted cost for the ride, as a comparison between the two vendors and also gave an estimated time of arrival (ETA) for the desired destination. 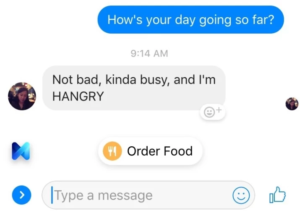 Facebook implemented Order Food suggestions in Facebook Messenger, so that whenever a user would chat with another user and note that he is hungry or trying to set up a meeting for lunch time or dinner, the messenger would offer the users the opportunity to order food, through delivery companies working with FB, or to reserve a restaurant using a third party supplier.

Not to mention the Chinese WeChat messaging app, which can no longer be referred to as merely a messaging tool, having successfully incorporated many useful third-party services, such as digital payments, taxi services, online ticket purchases and payment solutions for bills. All of which helped WeChat transforming itself into a true super app for millions of people in China. 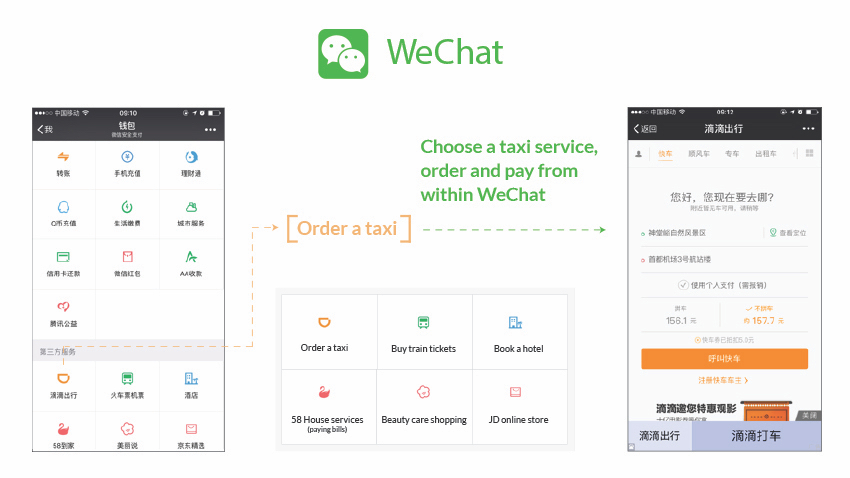 Appnext released a service-based monetisation solution, Appnext Actions, which allows any app to seamlessly connect its users to countless services they need for a better, more efficient day. 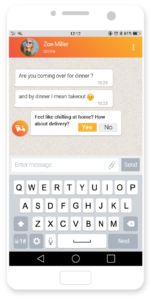 By using Appnext Actions, a messaging app, a keyboard app, a screen lock app or virtually any app type can offer its users many services throughout the day, enhancing user experience while providing publishers with a new revenue stream.

The connecting dot between the examples we have shown here is that when users get more than a fraction of our app for free, or more than an ad, which may or may not be relevant to them, we stand better chances that they will react positively and make use of the service offered to them, which will help publishers monetise and keep those users using it.

Article by Elad Natanson, Founder and CEO at Appnext 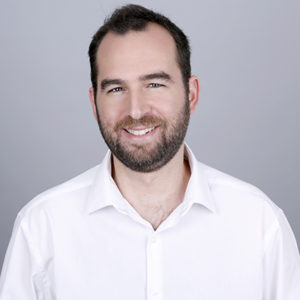 Elad Natanson has been at the forefront of innovation for more than 15 years, founding companies in the digital space and focusing on the future of the internet, mobile user experience, product, and revenue business models.

Elad sets the strategic direction for Appnext and determines go-to-market strategies that enable it to achieve its vision of helping millions of users experience apps at the right moments throughout their day.