By Newsroom on May 11, 2018Comments Off on Pocket Gamer launches in the Middle East 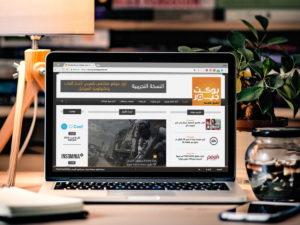 have announced the launch of Pocket Gamer Middle East, a site about and for the Arabic-language mobile games scene.

The two companies revealed a partnership that will see PocketGamer.me published as a sister site to the long-running PocketGamer.biz, a leading b2b mobile games industry site. PocketGamer.me will serve the Middle East and North African mobile gaming community and provide news, features, interviews and analysis about the vibrant international mobile games scene.

Based in Amman, Jordan, the new Arabic-language site will be edited by Boushra Abdalhadi. It will contain a mix of original content created locally, and articles licenced and translated from PocketGamer.biz. In addition, PocketGamer.biz content will benefit from its Middle Eastern partner’s expertise in that market.

launched the Pocket Gamer brand in 2006, first as a consumer-only site covering the nascent mobile and handheld gaming scene. PocketGamer.biz soon followed, serving the huge international market in mobile games development and publishing. Five years ago, Pocket Gamer Connects launched as an events series for the mobile gaming industry, with conferences being held across the globe, from Vancouver to Bangalore. PocketGamer.biz is edited by Craig Chapple, who will be coordinating with Boushra Abdalhadi to ensure a close working relationship.

Maysalward was the first mobile games publisher in the Middle East and North Africa (MENA) market. It launched in 2003 in Jordan, and now has a number of satellite offices including one in Leamington Spa in the UK. The company not only develops its own games, but also licenses and localises international games for the Middle Eastern audience.

founder and CEO of Steel Media Ltd, said: “We’ve been visiting the Middle East and Jordan in particular a fair amount in the last few years, holding our first MENA Big Indie Pitch last October, and I am super excited about the potential for the games industry there. Not only did the region represent the world’s fastest revenue growth in the last twelve months (according to NewZoo reports), but there’s a real groundswell of talented studios coming through, thanks in no small part to the activities of people like Nour Khrais and Maysalward with their work on events, the Jordan Gaming Lab and other education initiatives. We really couldn’t have hoped for a better partner and are committed to helping drive games development in the region forward in the next few years.”

Nour Khrais, founder and CEO of Maysalward, said: “Knowledge of, and exposure to, what’s happening in the mobile video gaming space are key to developing a unique product in our competitive world. Getting this in your own language is important for accelerating product growth. To get this right we needed a partner, who can bring the best to the region. This is why we are collaborating with PocketGamer.biz.”

Pocket Gamer launches in the Middle East added by Newsroom on May 11, 2018
View all posts by Newsroom →