By Newsroom on May 26, 2018Comments Off on PayPal, Google team up to let users pay through Gmail and YouTube 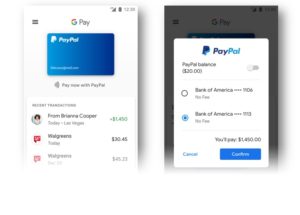 the past few months, the combination of Google and PayPal have become a go-to service whenever you’re paying for something. Buying something in a store? You can use PayPal via Google Pay. Owe your friends money? You can use Venmo (which is owned by PayPal). Paying for Google services? That’s PayPal territory, too. As far as Google’s concerned, it’s essentially another bank account.

And now, it only takes one PayPal log-in to link your account to Google services like Google Play, YouTube, Gmail, Google Store and Google Pay. PayPal announced this new feature in a press release. PayPal says that people who add their PayPal account to any one of Google’s services will be able to pay across the whole Google ecosystem.

Google does caveat that the Google-PayPal combo only works in places where “PayPal is offered as a payment method,” but it’s not clear why the company is hedging — unless some of Google’s services still don’t support Google’s own payment methods.

It is also reported that PayPal is testing a Venmo debit card, which makes the online payment service even more like a traditional bank.

PayPal, Google team up to let users pay through Gmail and YouTube added by Newsroom on May 26, 2018
View all posts by Newsroom →