By Newsroom on November 30, 2016Comments Off on Omnigon develops first-ever app for International Swimming Federation 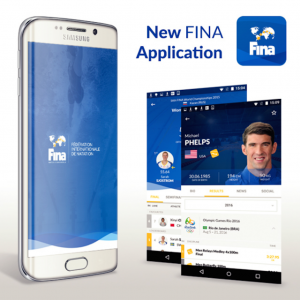 Omnigon, which develops digital content for the sports, media and entertainment industries, has partnered with FINA, the International Swimming Federation, to develop a new suite of mobile apps.

The launch of these apps for iOS and Android coincides with the 13th Annual FINA World Swimming Championships, which will take place December 6 to 11 in Windsor, Canada.

A second release is planned for March 2017, which will feature diving data and results.

The third and final phase will be released prior to the FINA World Championships in July 2017 and will encompass all of FINA’s aquatic disciplines, which include swimming, open water swimming, diving, water polo and synchronized swimming.

According to a release, FINA sought to “create an engaging, fan-centric experience that would ignite interest in the sport, drive engagement and bring fans closer to the athletes than ever before.”

As a result, Omnigon said it developed app features that include a results section with live and historic data going back to the year 2000. Within this section, users can search by events and explore detailed results, including split times and records. The app also features an event hub with event details and schedules.

There is also an athlete section dedicated to FINA’s 15,000 participants. Per Omnigon, each athlete profile includes biographical information, nationality, race-by-race results, images and a link to social media feeds.

“We are very proud today to be able to launch our first-ever mobile application – a project FINA has been keen to develop in order to enhance even further the exposure of its top events,” said FINA President Julio Maglione in a statement. “We truly believe that the app will provide a range of crucial information to our various audiences, in a fast, comprehensive and efficient way.”

In the press release, Bora Nikolic, Omnigon’s chief creative officer, added: “The new FINA digital experience places primary focus on competition by bubbling up the right balance of statistical information and content wrapped in a simple, yet beautiful, visual experience that is well positioned to elevate the FINA brand. This future-proof, scalable design framework is designed to ultimately support all of the core FINA disciplines into a single application.”

In August, Omnigon announced it was developing a suite of mobile apps for German football club FC Bayern Munich, which quickly followed news it had launched an app for the DFB Cup, a professional football competition in Germany.