By Newsroom on October 20, 2016Comments Off on New Facebook tools allow for easier dining recommendations, ticket sales and scheduling 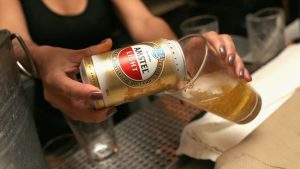 Facebook’s newest batch of tools is designed, in part, to help fill any weekend night voids on its users’ calendars — whether it’s with a night on the town or a pizza delivery.

“It’s Friday night. You don’t have plans. I’ve got a babysitter ready to go. What do I do?” said Andrew “Boz” Bosworth, Facebook’s VP of ads and business platforms, at a press event in San Francisco.

“It’s an unbelievably challenging process in 2016 to figure out what there is to go do, and then, among those things, decide which of those things you want to go do and then actually engage in the doing of said things.”

These are the types of everyday challenges Facebook has put much of its advertising team’s energy toward recently in a bid to make the social network a more seamless presence in people’s lives outside their homes as well as within. 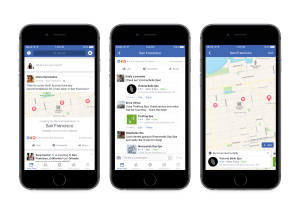 Sometimes that involves location-based promotions that draw shoppers to brick-and-mortar stores or ads that show up only when certain products are in stock at a given shop. Other times, it means alerts about friends at a concert nearby or mobile messages that greet customers when they enter a business’s premises.

But even as the company has mastered the art of reaching people on their smartphones — where they spend an increasing portion of their internet time — Bosworth says the platform previously lacked readymade forms with which friends can share information about favorite shops and eateries or lock down important dates.

Even with the addition of the new tools, he says, there remains a ways to go until the company will be satisfied it is taking full advantage.

“We still find ourselves with this very time-consuming process of navigating what and how to connect to our friends in the real world,” Bosworth said.

Users can now share select areas of maps on their News Feeds with a request for, say, sushi bar suggestions. Friends who comment will see the location coordinates indicated by their text pinned on the map — as long as the business has a Facebook page. A running tab of all such queries will appear on the home page so that people can revisit them.

A new appointment card feature added to Facebook’s Messenger platform offers a more formalized process for penciling dates at a hair salon or auto-repair shop. In it, users exchange cards with sets of available dates and times until a session is agreed upon.

The tool marks the first significant expansion to the customer service suite within Messenger bots since the automated programs were made available earlier this year.

The new features involve a host of brand partners including event sales services like Ticketmaster, Eventbrite and Fandango as well as smaller start-ups like Delivery.com, Slice, HomeAdvisor, MyTime and others.

A new, more robust activity stream lets people track their friends’ events-related activity — details like where they go, who they bring and past suggestions. Facebook also recently rolled out a standalone app for events, though Bosworth says it has no plans to force it on users as it did with Messanger.

Facebook still hasn’t decided on a way to make money from any of the tools, a concern Bosworth says the company tends to address after the programs are fully fledged. 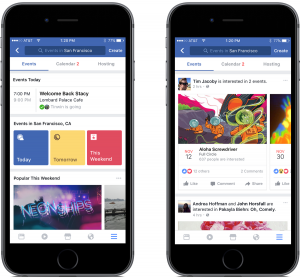 Users may have already stumbled across one or two of the new services, many of which have been in a beta testing phase for months.

The new products come as Facebook’s chief rival in the space, Google, which makes up the other half of an effective duopoly over mobile ads, has also been tracing out ways its apps, search results and web placements can better interact with consumers on the go.

Most of these efforts have been premised on Google’s theory that shoppers act within spontaneous flashes of decisiveness in which the vast majority of mobile purchases are made.