Not content with shaking up the mobile industry, startup Unshackled.com is also flipping the traditional client/agency model on its head launching with design agency Love on board as an equity partner in the brand.

Unveiled today (Monday 23 May), Unshackled.com is looking to put some of the £5.4bn in revenue consumers are paying unnecessarily back into their pockets by separating out the sim and device components of a mobile phone contract.

Speaking ahead of the launch, Unshackled.com chief executive, John Whittle, explained: “The problem we’re solving is 14m customers a year are unnecessarily signing contracts and recent research from Citizen’s Advice and Which? proves 92 per cent of customers are on the wrong tariff, paying – on average – £159 too much for their mobile per year.

“We’re launching to put the consumer back in control, rather than being controlled by the networks.”

With all three founding members of Unshackled.com (Whittle, John Morris and Steven Lloyd) coming from business backgrounds Whittle admitted that “between the three of us we didn’t have a creative bone in our bodies” leading the startup to approach Love with an interesting proposition. 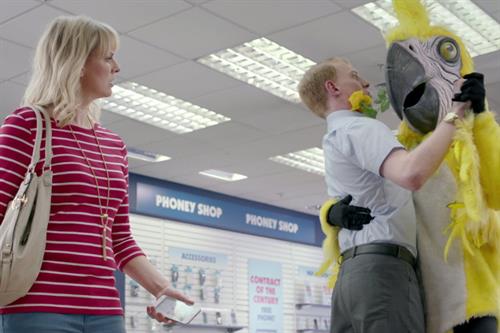 Having moved agency-side three years ago, Love chief executive Trevor Cairns was already looking at new ways to diversify the agency’s revenue stream when the “legal light” conversations between Love and Unshackled.com began little over a year ago.

“We were in the process of looking at different ways of working – and possibly equity partnerships – when this opportunity came up. We knew we wanted to be the creative driver of whoever we partnered with, rather than retailer or distributor, or changing our model too much.”

Agreeing terms “around October” last year, Love has since been working to create the entire brand world for the new launch, including tone-of-voice, brand identity and marketing materials.

Replacing fees for a stake in the business Cairns revealed that by “taking money off the table” the relationship between the brand and the agency has been made stronger, with Whittle commenting that he sees Cairns as the brand’s marketing director and Love staff as its “pseudo-marketing team”.

“We feel like we’re part of something rather than it just being something we’re working on,” said Cairns. “With this launch we’re looking to disrupt an industry, in the same way Airbnb has disrupted hotels or Uber has disrupted black cabs. I know it’s an overused word but this truly is disruptive so the comms we created had to match.”

With this partnership being the first of its kind at Love, Cairns revealed he would consider partnering with more startup brands but it all rests on finding “clients who trust you and have that market expertise”. 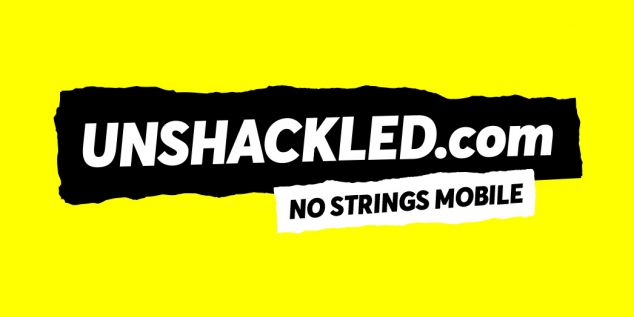 “You can’t build your entire agency model this way,” he admitted, “but you could have a number of rolling investments complimenting your traditional clients. For us it’s something we’re keen to explore as a long-term investment.”

Taking inspiration from punk iconography, the Unshackled.com logo design features two torn strips and sees to introduce the brand as a “bold and noisy newcomer” with the launch campaign introducing the “no bollocks” ‘Parrot of Truth’ brand character.

“We wanted to be the most straight-talking brand in a market that’s anything but,” Cairns added. “So that got us thinking about things that were direct and honest and say exactly what they’re thinking – even at inopportune times – and that led us to the parrot character.”

Targeting 20-35 year-olds the campaign is now set to appear across digital and social channels and includes a partnership with BuzzFeed. “This is only the start,” said Cairns, hinting at an influencer campaign which is due to launch in the coming weeks.

“Ultimately the consumer will decide what’s right for them and – as with any brand – we’ll be reacting to the feedback and tweaking accordingly.”

Mobile startup Unshackled.com partners with Love to call out rip-off contracts added by Newsroom on May 24, 2016
View all posts by Newsroom →