By Newsroom on April 1, 2016Comments Off on Mobile Commerce Inches Upward in Southeast Asia 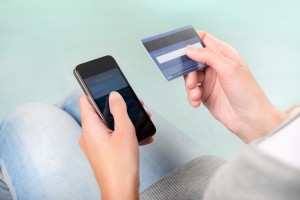 Mobile commerce accounts for growing share of ecommerce transactions in the countries of Asia-Pacific, particularly in Southeast Asia. However, even as consumers increasingly embrace mobile purchase behaviors, research suggests mcommerce still makes up less than 40% of total transactions among digital retailers.

According to a recent study of mobile commerce by Criteo, mcommerce made up 25% of transactions on average in Q4 2015 for retailers in the countries of India, Indonesia, Malaysia, Philippines, Singapore, Thailand and Vietnam. Among Criteo’s “top quartile” retailers, meaning the 25% of retailers with the highest percentage of mobile transactions, mcommerce’s share was still just 39%.

These results more or less match with other studies of mobile users’ research and purchase habits in Southeast Asia. According to June 2015 data from Visa, around 50% of respondents in Indonesia, Malaysia, Singapore and Thailand reported they made purchases using smartphones. Among those who reported making a purchase with a tablet, the Visa study found between 13% and 21% of respondents used the device for ecommerce in the countries studied.