By Newsroom on October 30, 2015Comments Off on Mii avatar chat app to spearhead Nintendo’s first foray into mobile 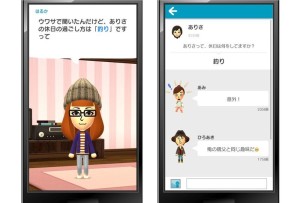 The app, produced by mobile developer DeNA, enables the Nintendo community to communicate with each other using their customisable Mii avatars.

Details of what the game will entail are few and far between and worse yet, the company delayed the title until March 2016, causing an immediate ten per cent stock slump.

Miitomo will be a free-to-play title with in-app purchases, opening up a potentially lucrative revenue stream for the company following its landmark third-party device U-turn designed to make up for the disappointing sales of its Wii U flagship gaming console.

Nintendo chief executive Tatsumi Kimishima said the mobile titles have been pushed back Miitomo’s release, so it can focus on marketing its core offering on 3DS and Wii U during the Christmas window.

Through the partnership, five titles are scheduled to be available on smartphone by the mid-point of 2017.