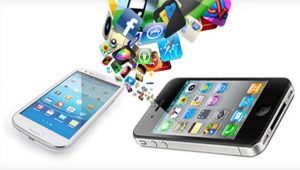 The number of mergers and acquisitions within the application sector of the online and mobile space increased by 18 percent in the first half of 2016 and this area is expected to continue gaining steam, according to a new report from Berkery Noyes.

In Berkery Noyes’ Q2 M&A Online and Mobile Trends Report, the independent investment bank revealed that the total transaction volume in 2016’s first half jumped by nine percent compared to the second half of 2015, indicating that mobile-related mergers and acquisitions are at the forefront of technology companies’ minds. The mobile application subsector enjoyed the most growth this year, and is expected to continue its upward trajectory.

“The biggest mobile-oriented takeaway from this report is that the number of deals in the mobile application subsector rose 18 percent, from 188 to 221 deals in the first half of 2016,” said Vineet Asthana, managing director at Berkery Noyes.

Mobile on the rise

The M&A report, which analyzes activity during 2016’s first half and compares it with the four preceding six-month periods from 2014 to 2015, displayed that total transaction volume jumped nine percent, while the number of deals in the mobile app subsector increased from 188 to 221.

These percentages are in line with recent trends in the mobile-centric merger and acquisition realm.

The number of mobile-related merger and acquisition deals rose 35 percent during the first quarter of 2016 as businesses looked to beef up capabilities related to mobile distribution of branded content, analytics and machine learning, according to Berkery Noyes (see story). 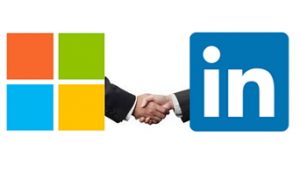 The largest deal in the first half of the year was Microsoft’s acquisition of LinkedIn for $25.93 billion, currently the highest value transaction made by the multinational technology company.

Merger and acquisition traffic in the electronic content subsector saw an uptick of 3 percent compared to 2015’s second half.

The cloud and SaaS sector enjoyed a 10 percent jump in volume this past year, while volume in the communications segment fell by 10 percent.

However, Internet of Things-related deals still flourished this year, with notable activity including General Motors’ $1 billion acquisition of Cruise Automation, a startup that creates technology for autonomous vehicles, as well as Intel’s purchase of Itseez, a firm that enhances self-driving cars’ navigation abilities.

The recent M&A growth in mobile sectors will continue its upward trajectory, especially as key players in the industry look to strengthen their current offerings and expand their reach across a variety of digital technologies.

“Companies that can differentiate their offerings from the average digital and mobile-based ad tech players are performing well,” Mr. Asthana said. “Potential acquirers include large telecommunications firms, traditional B2B media companies, and offline data providers that are looking for a digital platform.

“Furthermore, many advertising networks without programmatic technology capabilities want to expand their suite of solutions to help better automate their marketing campaigns. This includes an emphasis on mobile.” 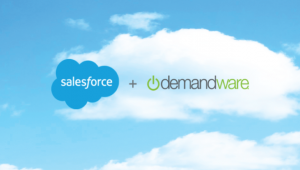 Deals in the electronic search and marketing sector jumped eleven percent this year, while the volume of mergers and acquisitions in the ecommerce segment increased by 16 percent. Ecommerce was subsequently able to overtake electronic marketing and search as the second most active sector in the industry.

Two of the most notable deals within the ecommerce sector this year were Salesforce’s acquisition of Demandware for $2.66 billion and Hudson’s Bay Company’s acquisition of flash sales retailer Gilt Groupe for $250 million.

With predictive analytics and machine learning transforming the way marketers respond to consumer behavior, acquisitions of IoT- and AI-related companies will likely abound this year.

“The robust pace of M&A activity in the mobile sector is expected to continue its upward trajectory,” Mr. Asthana said.