London Sightseeing Gets Smart With The New Mobile London Pass

By Newsroom on September 6, 2016Comments Off on London Sightseeing Gets Smart With The New Mobile London Pass 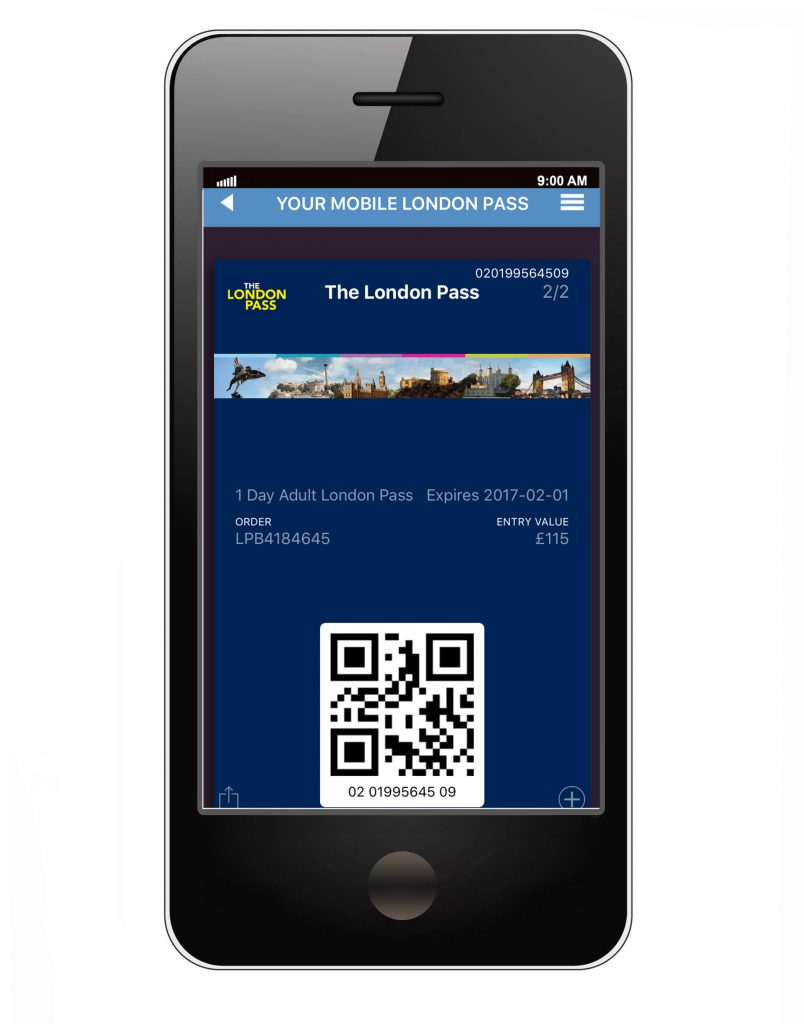 Visitors to London can now gain access to more than 60 attractions using just their smartphone with the new mobile version of the popular London Pass sightseeing card.

Developed for iPhone and Android, the mobile London Pass downloads straight to the traveller’s smartphone, syncing with a dedicated app and bespoke operating software to function as an entry ticket at sites such as the Tower of London, Westminster Abbey and Windsor Castle. Instead of presenting a ticket or physical London Pass, visitors simply scan a QR code contained in the mobile pass to gain admittance at each attraction.

Chosen by more than three million customers since its launch in 1999, the London Pass enables tourists to save money and time on their sightseeing in the UK’s capital. And the development of the mobile pass and upgraded London Pass app make a tour of the city’s top tourist spots even more convenient for visitors.

The London Pass app becomes an effective mobile guidebook, providing full details of each attraction featured on the pass but offering inspiration too. Insights are given into 15 different areas of the city, as well as suggested themed attraction combinations for visitors – from families looking for a child-friendly day out, to those who want to make the most of being near the River Thames, to those seeking to uncover London’s hidden gems.

The app offers plenty of essential tourist information, with a full map of the London Underground system, a map of key public bus services in the city, a detailed layout of attraction locations in central London and also a map of the ‘hop on, hop off’ bus routes which are included with the London Pass. Information on climate, public holidays and money and direct links to emergency and other useful numbers are also provided, while there is even a list of attractions offering free wi-fi for visitors.

In addition to saving money on their sightseeing, London Pass users are also given access to exclusive offers, such as discounts for top theatre shows, dining cruises, helicopter tours and day trips out of the city to popular spots such as Stonehenge and Bath.

And with the mobile London Pass, these offers become more personalised and relevant, based on time and location. For example, if the pass is scanned to gain morning entry to Windsor Castle, the user may receive direct details on their smartphone of a nearby restaurant offering a special lunch deal to London Pass holders.

Alternatively, a visitor enjoying the sights of the West End in the afternoon might be offered an exclusive deal on the best tickets at a major show that evening.

“In a recent Expedia and Egencia survey of nearly 10,000 travellers from 19 different countries, 66 per cent said that their smartphone was their most indispensable item when they travel,” said Amanda Truman, Director – Product Marketing for the London Pass.

“We are responding by offering our customers what they have always loved about the London Pass – saving money and time on sightseeing, without having to carry cash or buy tickets – in a format that fits with the way they live their lives. It’s a complete city sightseeing package on their phone.”

The London Pass is priced from £59 per adult and £39 per child for a one-day pass. Two, three, six and 10-day versions are available.

London Sightseeing Gets Smart With The New Mobile London Pass added by Newsroom on September 6, 2016
View all posts by Newsroom →