By Newsroom on September 23, 2016Comments Off on Instagram’s COO On Exceeding 500,000 Advertisers And The App’s Next Big Opportunity 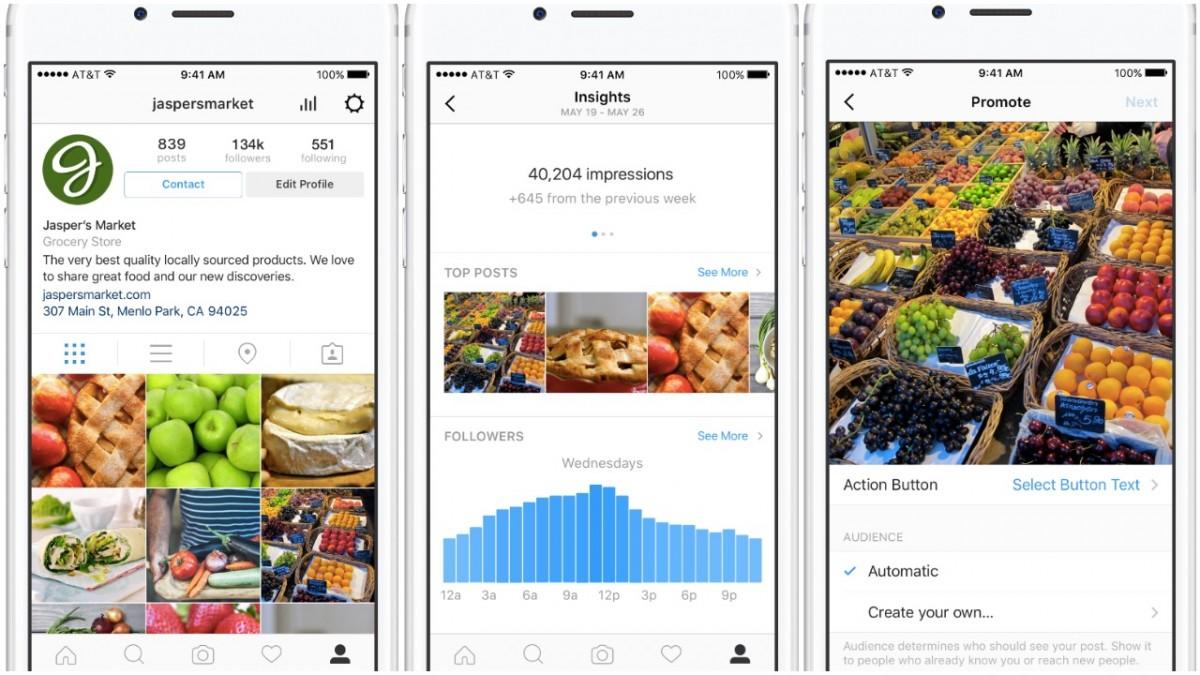 Instagram announced it has exceeded 500,000 advertisers. COO Marne Levine, speaking to Forbes,  says the company’s next big opportunity is catering to small- and medium-sized businesses. (Courtesy of Facebook)

The number of advertisers on Instagram has more than doubled over the last six months and now exceeds 500,000, up from about 200,000 in February, the company announced on Thursday. But what this really highlights, says Instagram’s COO Marne Levine, is Instagram’s strength as a place to market to users’ passions, and that Instagram’s next big opportunity is catering to small- and medium-sized businesses.

The Facebook owned photo-and-video sharing app, which has more than 500 million monthly active users, is expected to generate about $1.5 billion in mobile advertising sales this year and $5 billion in 2018, according to forecasting firm eMarketer. The app first launched advertising widely about a year ago across 200 countries.

“Businesses are beginning to really understand that they can market to passions on Instagram,” Levine said in a phone interview. “They can leverage the creative canvas that we offer on Instagram and combine that with really good targeting to put the right story in front of the right person at the right time for an audience that is active and receptive to discovery.”

Nearly all of Facebook’s top 100 largest advertisers also advertise on Instagram. Now, among advertisers, Levine said small- and medium-sized businesses represent Instagram’s main opportunity for growth. Levine noted that entrepreneurs, such as Samantha Hobbelen, founder of furniture-maker Hobbe, continue to get inspired to start companies because of demand they observe on Instagram. (Hobbelen, Levine said, was inspired to create Australia-based Hobbe when she Instagram users expressed interest in buying a handcrafted rocking chair she had designed.)

The company’s top countries for advertising, in order, are the U.S., Brazil, U.K., Australia and Canada. Advertisers range from e-commerce, entertainment, technology, gaming, retail and consumer packaged goods companies. Instagram ads drive a 2% lift in offline sales, and 70% of performance campaigns generate meaningful boosts in online conversion or mobile app installs, according to an Oracle ORCL +0.00% Data Cloud study and an internal Instagram study, respectively. Levine said that in the past year, users have taken 1 billion actions on Instagram ads, such as searching, shopping, visiting a website, telling a friend about a post or downloading an app. About 75% of users say they take an action after being inspired by an Instagram post.

“Users are looking for inspiration and discovery, and businesses are understanding how to turn that into an action,” Levine said. “The ads create value and are part of the experience.”

Levine said Instagram’s new “Stories” feature, which plays strings of in-the-moment photo and video clips, does not yet feature ads, but that the company expects to continue expanding advertising formats and options in the future.

“The feed is still the main place where the community engages,” Levine said, noting that “Stories” would offer advertisers behind-the-scenes content that is often more raw than the feed. “It’s still best place for businesses to build impact. Over time, we look forward to introducing new advertising experiences and business experiences on Instagram.”

Instagram also announced that since launching “Business Tools” two months ago, more than 1.5 million businesses have created a “business profile” on Instagram, a tool which lets businesses share easy-to-find information with users, such as their phone number and location. Business profiles make it easier for companies to interpret data about their audience on Instagram and allows businesses to pay to promote posts within the mobile app. About half of users voluntarily follow at least one business on Instagram.

Levine said many businesses have used “Insights” to tailor their ad content and targeting to their actual Instagram audience, getting better value from their ad spending.

U.K.-based shopping app Grabble, for example, learned from Instagram’s data dashboard that 21% of its audience on the app was male, much higher than it originally thought. As a result, the app could adjust the strategy of its generally female-focused content. Grabble said that Instagram ads have helped the app gain 23% more users month over month and see a 3x increase in sales in some categories.

“Instagram is a place for businesses to build their business,” Levine said.

Instagram’s COO On Exceeding 500,000 Advertisers And The App’s Next Big Opportunity added by Newsroom on September 23, 2016
View all posts by Newsroom →