By Newsroom on July 2, 2018Comments Off on Instagram stories are getting soundtracks as the feature hits 400 million daily users 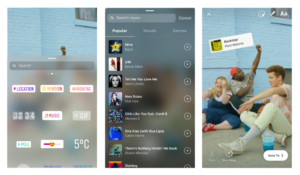 Instagram Stories are about to get even busier, with the addition of licensed music. Starting June 28, users will be able to add background music to their posts on their Stories, with thousands of songs offered directly in the app. The Facebook-owned app says new songs will be added daily.

Adding songs to Stories works through Instagram’s sticker feature, just like polls and sliders — you’ll drag and drop in the new “Music” sticker to your post, and select the perfect background music for whatever cool thing you’re doing.

Users will be able to then scrub through the song to get to the exact chunk of music they want playing for the particular video or image, too. Instagram had previously added deep linking to Spotify in Stories back at F8, but the new stickers go one step further by actually playing the music you’ve chosen in the background. 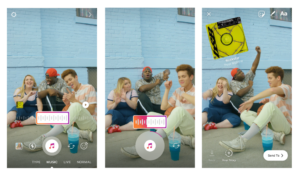 Instagram will also let users pick a song to play before they record a video too, which feels like a shot across the bow of the various lip-sync apps out there. Like with the sticker-based option, users will be able to pick a song using a new “Music” option underneath the record button, find the snippet they want playing in the background, and then be able to record video as usual.

Along with the new soundtrack features, Instagram announced a new milestone for Stories, which the company says is now used by over 400 million users daily.

The music features are now available now in “select countries”, but Instagram is presumably working to roll it out to more places soon. The music sticker feature rolls out June 28 for both iOS and Android, but the ability to choose music before recording will be limited to iOS for now, with Android devices getting the option soon.

Instagram stories are getting soundtracks as the feature hits 400 million daily users added by Newsroom on July 2, 2018
View all posts by Newsroom →