By Newsroom on December 16, 2016Comments Off on Instagram Reaches 600 Million Monthly Users, Doubling In Size In Two Years 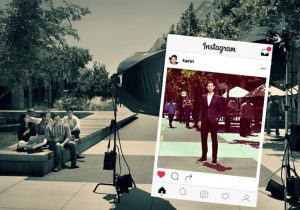 Instagram has reached 600 million monthly active users, adding its latest 100 million users faster than it ever has before, the company said on December 15.

Instagram first launched in 2010 and was acquired by Facebook FB +0.26% for about $1 billion in 2012. This year, the company has been focusing on growing its global advertising business and enabling more real-time sharing. After first launching advertising widely about a year ago, the app reached 500,000 advertisers in September. Instagram is expected to generate about $1.5 billion in mobile advertising sales this year and $5 billion in 2018, according to forecasting firm eMarketer. Lately, Instagram has been pushing into mobile shopping and launched a series of new tools last month to encourage product browsing within the app.

Instagram has also been steadily rolling out updates to promote more frequent, spontaneous sharing within the app. Last month, it launched live video for the first time and this week, extended the tool to all U.S. users. Live video disappears in the app immediately after a live stream ends, which has helped encourage users to experiment with the tool. This summer, Instagram launched a clone of Snapchat’s core “Stories” feature, which allows users to post chains of photo and video clips with illustrations and filters. Instagram’s feature has 100 million daily active users. (By comparison, Snapchat reportedly has 300 million daily active users.)

“Instagram is going from a place to share highlights to a place where you can share all of the moments of your day in a pressure-free space,” Instagram’s head of product Kevin Weil said in an interview last month.

Encouraging more casual sharing has been working for Instagram so far. Video and photo sharing through both private and public tools on Instagram has risen substantially since debuting Stories, the company has said. And the company doesn’t want to stop growing its user base any time soon. Instagram CEO Kevin Systrom told Forbes in August that his ultimate vision for Instagram is to create a visual record of everything happening around the world at any time, allowing users to zoom in to any corner of the planet they wish to explore. To hit that goal, Systrom envisions reaching at least a billion users, building an audience that rivals Facebook itself.