By Newsroom on April 20, 2018Comments Off on IBM partners with AdLedger and Salon Media on blockchain advertising project 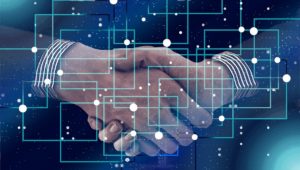 the non-profit research and development consortium, is joining forces with IBM and online news outlet Salon Media for a proof of concept blockchain project.

The project leverages a shared ledger to deliver on blockchain’s promise to bring transparency to advertising. The ledger acts as a trailing audit, ensuring optimal yield management and ROI for both publishers and advertisers, while protecting consumer data.

“This is not only a proof of concept for what blockchain is capable of, but how it can help companies make informed decisions about the rules and standards needed for a transparent, shared ledger,” said Christiana Cacciapuoti, executive director of AdLedger. “With the digital advertising industry plagued by fraud, transparency and brand safety issues, we’re using Blockchain to indicate to everyone that there is light at the end of the tunnel.”

The AdLedger consortium is leading the charge for the Campaign Reconciliation project, which is laying the foundation to achieve AdLedger’s mission of establishing the rules and standards for blockchain in advertising.

“This proof of concept will not only help publishers like us regain more control over our inventory, but will also illuminate where inefficiencies exist within the long and complex supply chain,” said Ryan Nathanson, COO at Salon Media. “The shared ledger on the Blockchain will act as a single source of truth creating indisputable transparency for both the brand itself and the publisher, which will aid in greater accuracy during reconciliation as well as make advertiser spend much more efficient.”

IBM partners with AdLedger and Salon Media on blockchain advertising project added by Newsroom on April 20, 2018
View all posts by Newsroom →