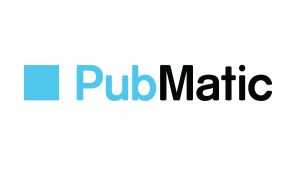 “As programmatic gains popularity among brand advertisers and consumer attention continues to shift towards mobile web, premium publishers will see increased value from their mobile properties,” said Rajeev Goel, Co-Founder & CEO at PubMatic. “This is especially true when publishers also adopt new monetization strategies such as header bidding for these impressions.”

PubMatic’s Q3 2016 QMI report demonstrates that publishers around the globe are adopting header bidding strategies for their mobile web inventory as the result of the significant lift generated when all sales channels are able to compete at the impression level. In fact, PubMatic found that mobile web impressions sold through header bidding received nearly 50 percent higher eCPMs than the average for mobile web. The company anticipates further growth in mobile header bidding as new innovations for mobile app and video inventory are released to market in the coming quarters, as well as buy-side advancements enabling PMP transactions through header bidding.

Publishers are not the only ones to benefit by adopting header bidding for their mobile web inventory, however. Demand Side Partners (DSPs), for example, are provided with increased opportunities to bid on the high-value audiences they are targeting, ultimately resulting in improved advertiser campaign performance.

Additionally, PubMatic’s new report revealed that brand dollars are continuing to shift to PMPs, resulting in significant mobile web monetization opportunities for publishers. In Q3 2016, eCPMs for mobile impressions sold via PMPs were 189 percent higher than the overall average for mobile eCPMs. This trend in significantly higher average mobile web PMP eCPMs was present across all regions, but most prominent in APAC, where mobile web PMP eCPMs exceeded the average for mobile by more than 800 percent.

Globally, PMP eCPMs are not only higher than average across the board, they also continue to rise according to data from the Q3 2016 QMI. In fact, mobile PMP prices rose over 30 percent year-over-year in Q3 2016. Data from the report also found that Entertainment & Leisure publishers saw the greatest lift, with a nearly 300 percent increase over Q3 2015, while publishers in other lifestyle categories including Real Estate, Sports and Automotive all saw triple-digit increases in mobile web eCPMs as well.