By Newsroom on March 7, 2018Comments Off on Google Lens rolls out to all Android phones running Google Photos 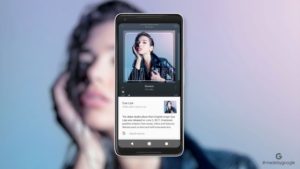 is officially rolling its Lens out to Android phones that have Google Photos installed. This means users will be able to scan things through the app to receive information, like a dog’s breed or a flower type. Users can also create a contact from a business card or identify a landmark. Certain phones will eventually be able to access Lens through the Google Assistant, too, including flagships from Samsung, Huawei, LG, Motorola, Sony, and HMD / Nokia. Google says Lens is rolling out in batches, so you might not get the update right away. 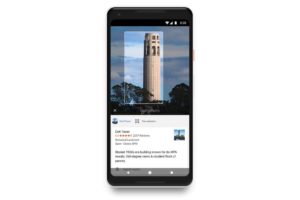 knew this expanded launch was coming, as Google announced it at Mobile World Congress last week. We didn’t have an idea of timing then, though, and we still don’t have a clear timeline on when iOS devices will receive Lens. Google Lens senior director of product Aparna Chennapragada explained that Lens is designed to make sense of the visual world. Eventually she hopes that Google’s visual search function could easily identify and annotate all objects.

Google Lens rolls out to all Android phones running Google Photos added by Newsroom on March 7, 2018
View all posts by Newsroom →