By Newsroom on January 29, 2018Comments Off on Google invests in Indonesia’s ride-hailing leader Go-Jek 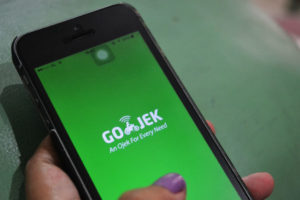 its investment in Go-Jek, the hail-railing service that rivals Uber and Grab in Indonesia.

TechCrunch reported the investment earlier this month, which was made alongside China’s Meituan-Dianping and Singaporean sovereign fund Temasek. The trio were part of a final tranche of a $1.2 billion round that Go-Jek began negotiating on last April, with commitments from the likes of Tencent and JD.com in China. The terms value Go-Jek at around $4 billion.

This deal marks the first direct investment from the U.S. tech giant in Indonesia, coming right after its first such deal in India in December 2017.

Go-Jek offers motorbikes and taxis on demand, as well as local services like grocery delivery and mobile payments. It is widely thought to be ahead of Grab and Uber in Indonesia, which is the largest economy in Southeast Asia, a region with more than 600 million consumers and rising internet adoption. More widely, Grab appears to have taken the lead across Southeast Asia as a whole.

“Go-Jek is led by a strong Indonesian management team and has a proven track record of using technology to make life more convenient for Indonesians across the country. This investment lets us partner with a great local champion in Indonesia’s flourishing startup ecosystem, while also deepening our commitment to Indonesia’s internet economy,” wrote Caesar Sengupta, VP of Google’s Next Billion team which focuses on emerging markets.

Go-Jek remains active in Indonesia only, but it has previously been public on plans to expand to other markets using its Go-Pay mobile payment service.