By Newsroom on November 17, 2017Comments Off on Flashpoint’s Olivia Rowley Discusses Pricing of Goods and Services on the Deep and Dark Web 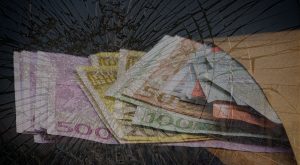 The Deep & Dark Web facilitates an expansive and dynamic underground economy shaped by the diverse skills and motivations of a wide range of adversaries. The forums and marketplaces where illicit goods and services are exchanged have come to play an influential role in today’s cyber and physical threat landscape by providing access to the means to carry out various attacks and schemes.

The availability of illicit goods and services on the Deep & Dark Web enables a more efficient and democratised cybercriminal underground where adversaries can pay other actors to fill gaps in their own capabilities.

To provide defenders with enhanced context surrounding the current state of the underground economy, Flashpoint analysts gathered observational research to provide pricing examples for the following goods and services:

The inner workings of this underground economy continue to shape many of the risks facing organisations today. While the prices of the goods and services exchanged within these forums and marketplaces can be complex, unstable, and laden with unexplained discrepancies, gaining insight into the context surrounding such pricing can and should inform the security and risk strategies of organisations across all sectors.

For a more in-depth look at how these illicit goods and services are priced on the Deep & Dark Web you can download our latest research paper. 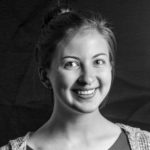 Olivia Rowley is an Intelligence Analyst at Flashpoint. She speaks fluent Spanish and specialises in analysing threats emerging from the Spanish-language underground with an emphasis on Latin America.

Prior to Flashpoint, Olivia’s passion for Latin America and the Middle East led her to pursue extensive research on the languages, culture, and political climate of these regions. She has studied abroad in Madrid, Spain and holds a bachelor’s degree in International Relations with a concentration in International Security from Tufts University.

Flashpoint’s Olivia Rowley Discusses Pricing of Goods and Services on the Deep and Dark Web added by Newsroom on November 17, 2017
View all posts by Newsroom →