By Newsroom on March 29, 2018Comments Off on Facebook will cut off access to third party data for ad targeting 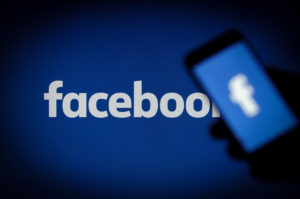 a surprise change, Facebook will give up one major data source that the company uses to help advertisers target relevant users on the platform. The company just announced that it will end a feature called Partner Categories, launched back in 2013 out of a partnership between Facebook and major data brokers. Third party data helps Facebook further atomize its user base into meaningful segments for advertisers.

Facebook has confirmed that the change is permanent, not a temporary precaution. In order to leverage the deep pool of data Facebook collects on users, the company mixes information that it obtains from users themselves (Pages a user liked, for instance) with information from advertisers (membership status in a loyalty program, for example) and with data obtained from third party providers.

While Facebook feels comfortable with the integrity of its data sourcing within the first two categories, it feels less settled about dipping into these aggregate pools of third party data.

The decision comes at the same time that Facebook is facing a lot of scrutiny and ire over third-party data mishandling. But it is also coming ahead of GDPR regulations and the ePrivacy Directive both coming into effect in Europe, which were already leading to the company making changes to its privacy policies, even before the recent Cambridge Analytica scandal came to light.

Facebook Product Marketing Director Graham Mudd elaborated on the decision in a statement: “We want to let advertisers know that we will be shutting down Partner Categories. This product enables third party data providers to offer their targeting directly on Facebook. While this is common industry practice, we believe this step, winding down over the next six months, will help improve people’s privacy on Facebook.”

Facebook clarified that it will still work with companies like Experian and Acxiom in order to measure ad performance and provide metrics, although it will also be conducting a review of those ongoing relationships. Facebook may also move toward sharing data in a shared server environment in order to offer further assurances of user privacy. As Mudd noted, the program will be discontinued in the coming months.

Facebook will cut off access to third party data for ad targeting added by Newsroom on March 29, 2018
View all posts by Newsroom →