By Newsroom on May 15, 2017Comments Off on Facebook boosts 360 videos with Blend Media partnership 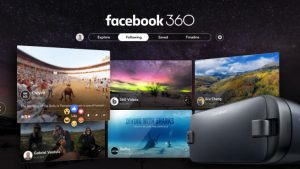 Facebook has stuck a deal with Blend Media, to produce a “creator community” of experts for its 360 videos.

The deal means that Facebook can use Blend Media’s library of premium content to drive 360-degree video growth on the platform.

Meanwhile, Blend Media will have direct access to Facebook’s 360 team which it said will enable its own creators to “push boundaries”.

“Consumers both expect and deserve high quality engaging content, and no medium is more engaging than 360-degree video and VR. As a relatively new format, there’s a need to help nurture and support the creator community in the 360-degree video space,” said Damian Collier, founder and chief executive officer at Blend Media.

He said the focus has been put on this expert “creator community” because user-generated 360-degree video content doesn’t really exist yet, as the expensive equipment that requires a specific skill-set is mostly used by professionals.

“Anyone can now broadcast live or make and upload a regular video from their mobile phone, but to create the fantastic, immersive video content that users are now coming to expect requires the right equipment and a high level of skill,” he continued, though expects consumer adoption to rise as the technology becomes more ubiquitous.

Blend Media added that it’s developing a platform will also enable brands to create their own 360-degree video campaigns from their content library and upload “seamlessly” to Facebook.

Facebook boosts 360 videos with Blend Media partnership added by Newsroom on May 15, 2017
View all posts by Newsroom →