Evidence needed to prove the value of personalised Facebook advertising

By Newsroom on August 29, 2018Comments Off on Evidence needed to prove the value of personalised Facebook advertising 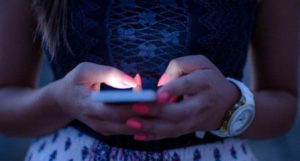 Targeting social media users with personalised advertising tailored to their psychological profile is no guarantee of higher click through rates, according to experts from the world’s largest centre for research into marketing.

The study by researchers at the University of South Australia’s Ehrenberg-Bass Institute for Marketing Science has highlighted the need for researched evidence to support claims about the ability of micro-personal advertising to in influence purchasing.

Looking at work published in the academic literature that inspired Cambridge Analytica’s now infamous use of Facebook data, the researchers found low click through rates (CTR) for personalised Facebook ads.

Some of the results were even counterintuitive – with a higher CTR coming from ads mismatched to personalities.

Analysing research from Michael Kosinski and David Stillwell’s (with colleagues) main experiment to test the responding click through rates of people targeted with ads suited to their psychological profile – introvert or extrovert – the researchers found that across all 3.1 million exposures, CTRs were lower overall than the industry average for Facebook ads of about 0.9 per cent.

Ehrenberg-Bass Professor of Marketing Science Byron Sharp said it was a mystery how the research could be interpreted as proof of the value of psychologically tailored advertising.

“There were some differences in the CRTs in the different creative ad executions, but overall the rates were low and rather inconveniently, the ad with the highest responses or CTR was an ad designed for extroverts but opened by more introverts,” Professor Sharp said. “We need to remember that while the capacity of new technologies to deliver ever-refined targeted marketing is available, there is very little research available that says this works.”

Professor Sharp said the assumption that mass customisation was more effective than mass appeal was yet to be supported by evidence.

“Today, most media offer the chance to target audiences geographically and for many businesses that is all they need,” he said. “They also offer the ability to target by time, gender, age and interests such as food or sports but for many brands the incremental gains that might come from any other tailoring would be very small indeed. Facebook is vast and is of great value to advertisers, but there is no real proof that psychographic targeting offers anything extra.”

Professor Sharp, author of the international bestseller How Brands Grow, said the results of psychological targeting on behaviour beyond just getting a click through were ill defined.

“For businesses, the take-out message is to be wary when it is proposed that a large amount of company money should be spent on systems to design micro-segments and deliver mass customised advertising,” he said. “We have got a lot to learn in this space. Businesses need to know under which conditions this kind of intensive customisation actually delivers a greater overall response that exceeds the costs involved in setting up a customised system. Right now, there just isn’t the researched evidence to support big claims about micro-personal advertising influencing purchasing or other choices.”

Evidence needed to prove the value of personalised Facebook advertising added by Newsroom on August 29, 2018
View all posts by Newsroom →