By Newsroom on September 26, 2016Comments Off on Emogi Unlocks Mobile Messaging for Brands 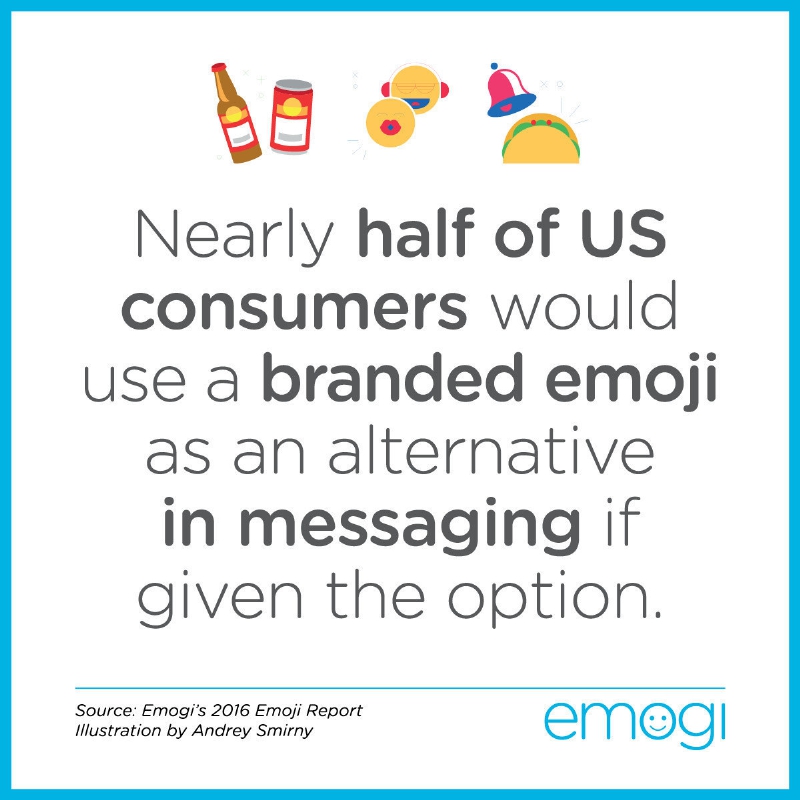 Emogi today announced the launch of Wink, the world’s first platform for mobile messaging empowering brands to join the conversation through branded emojis, stickers and GIFs. With Wink, marketers are able to leverage the native keyboard to deliver content, without requiring consumers to download a separate emoji keyboard, app or sticker pack.

Popular chat platform Kik will leverage Wink to offer GIFs from top brands to its more than 300 million registered users. In addition, Wink will be available as an iMessage app on iOS 10 – allowing an estimated 900 million people worldwide to select and use stickers from leading brands.

According to a new 2016 report by Emogi, 75% of U.S. consumers would be interested in having more emoji options than they currently do, and nearly half would use a branded emoji as an alternative in messaging if given the option.

According to a new 2016 report by Emogi, 75% of U.S. consumers would be interested in having more emoji options than they currently do, and nearly half would use a branded emoji as an alternative in messaging if given the option.

Among the partners at launch is Ansible, a leading mobile marketing and advertising agency owned by the Interpublic Group (IPG).

“Social is no longer social as we knew it,” said Benjamin Bring, VP and Media Director, Ansible. “The newsfeed has moved over to the messenger and brands have an opportunity to connect with consumers through personal engagements as they never have before. Platforms like Wink through Emogi allow us to communicate with our consumers where they communicate most and are most comfortable doing so. Marketing has become personal again!”

“We view messaging platforms as the next evolution of social marketing,” said Kyle Jackson, SVP of Performance Media, Mediavest | Spark. “Wink’s emojis, stickers and GIFs provide users a valuable branded experience within the messenger apps and we are thrilled to be one of the launch partners of Wink.”

According to a new 2016 report* by Emogi, 75% of U.S. consumers are interested in having more emoji options than they currently do, and approximately half would use a branded emoji as an alternative in messaging if given the option.

“Mobile messaging apps have quickly become the home screen of choice for consumers,” said Emogi CEO Travis Montaque. “Brands today have an incredible opportunity to join the conversation and stay relevant, but only if they do it in a way that’s natural and salient to the conversation. We’re thrilled to partner with leading brands across categories this fall.”

Through machine learning, Wink identifies the unique context of conversations where brands can introduce their content. This includes specific triggers such as where consumers are or how they’re feeling, as well as the use of specific phrases or emoji. Brands can seamlessly publish, manage and optimize their marketing efforts within the Wink platform and dashboard based on real-time analytics and reporting.

“With mobile messaging now exceeding social media use and app fatigue setting in, creating compelling emoji and content needs to be at the top of every brand’s agenda,” said Alexis Berger, Chief Strategy Officer, Emogi. “There’s a lot of hype in the category right now, and the industry is at a point where it needs reinvention. That’s what we’re delivering with the launch of Wink.”

Emogi Unlocks Mobile Messaging for Brands added by Newsroom on September 26, 2016
View all posts by Newsroom →