By Newsroom on July 12, 2016Comments Off on eBay dives into Google’s Accelerated Mobile Pages

Online marketplace eBay is one of the first retailers to try Google’s AMP, which allows mobile sites to load as fast as possible on smartphones.

eBay Inc. is making sure its mobile site not only loads fast, but loads instantly.

The online marketplace recently updated some of its mobile pages with Google Inc.’s Accelerated Mobile Pages technology. AMP is an open-source framework that allows businesses, including retailers, to build lightweight mobile pages that load as fast as possible on smartphones. 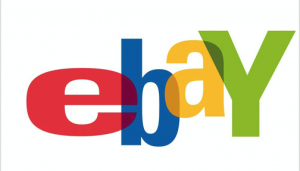 “We want webpages with rich content like video, animations and graphics to work alongside smart ads and to load instantaneously,” Google says in its official blog announcing AMP.

Accelerated mobile pages can load super fast because the HTML code contains restrictions, such as not allowing custom Javascript coding. AMP also uses AMP Cache, which is Google’s content delivery network that validates every page works and doesn’t depend on external resources, such as suggested products powered by an e-commerce technology vendor, according to the Accelerated Mobile Pages Project website. A content delivery network is a network of severs that delivers web content to consumers based on their location, the origin of the webpage and the location of the server.

Google introduced AMP in October 2015, and in February the search giant announced that relevant AMP pages would appear in mobile search results. Initially, the project targeted publishers so content-heavy news articles would load faster. The New York Times, the Guardian, the BBC, Washington Post, Wall Street Journal, BuzzFeed and Vox Media were among the first publishers to use AMP for articles. 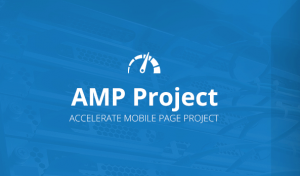 Although eBay is not a publisher, its mobile site is content-rich and would benefit from AMP technology, says Senthil Padmanabhan, principal engineer at eBay.

“Though it was initially targeted more toward publishers, there was no restriction on trying it out for e-commerce,” Padmanabhan says. “When we opened this idea to Google and the community, they were very supportive of it. This positive reaction encouraged us to start looking into AMP technology for the e-commerce world.”

EBay being one of the first to implement AMP is a smart move, says Brian Klais, founder and president of mobile marketing and mobile search engine optimization firm Pure Oxygen Labs.

“This is off-the-charts innovative by eBay,” Klais says. “The virtual ink isn’t event dry on the AMP specification, and none of it is retail friendly. So for eBay to dive in is hats-off remarkable.”

Having AMP helps consumers who come to the eBay mobile site indirectly, such as from a Google search or Twitter.

The pages that implement AMP on eBay’s mobile site are SEO-focused pages, such as the product browse page that gets indexed by search bots and then displayed in search results, Padmanabhan says. When a consumer is on a mobile search results page and she clicks on an AMP eBay link, that webpage should open instantly. This is a significant portion of eBay’s traffic, which is why the marketplace decided to build Accelerated Mobile Pages, Padmanabhan says, without giving a specific percentage. 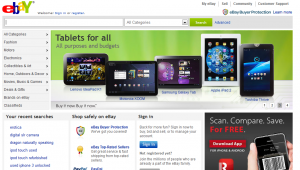 “Sometimes, when users are exploring products from a mobile device, they have a hard time getting the information they need because mobile networks can be slow,” Padmanabhan says. “This is where AMP comes into play. It helps us to deliver a speed-optimized mobile browsing experience.”

In terms of content, shoppers should not see much difference between an AMP and non-AMP product browse page, Padmanabhan says. “We do not have the search box in the AMP header; other than that, the look and feel should pretty much be the same,” he says.

In fact, there is only a 15% difference between coding for an AMP and non-AMP page, Padmanabhan says. One of eBay’s 2016 goals was to improve its browsing, so the timing of AMP’s debut fit well, he says. Building pages for AMP added a few weeks to the work eBay already had planned, Padmanabhan says.

Building AMP pages, however, is still a major coding initiative, Klais says. For example, many retailers heavily use Javascript throughout their sites, including in A/B testing and product reviews.

Retailers should take caution before walking down the AMP path, as the business benefit is still unclear, Klais says. “Retailers should be aware and evaluate its place and watch developments from eBay,” he says.

Likewise, eBay’s Padmanabhan says he is unsure if updating to Accelerated Mobile Pages will translate to more mobile sales. Once more retailers start using AMP, eBay will get more insight into the ROI for merchants, he says.

“We have seen numerous times in the past that speed plays a critical role in e-commerce,” Padmanabhan says. “Faster pages lead to delighted users. How this will manifest into sales is something we need wait and see.”