By Newsroom on June 18, 2018Comments Off on Didi Chuxing continues international expansion with Australian launch 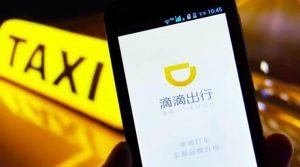 Didi Chuxing, the Chinese ride-hailing giant, is set to launch in Australia as it continues to expand globally.

The launch is the latest in Didi’s international expansion which has seen the brand launch in Taiwan, Japan, Brazil and Mexico this year.

Didi will launch its ride-sharing service in Melbourne this month and will tempt drivers and passengers with a series of welcome packages and discounts. It follows a month-long trial in the Victorian city of Geelong.

The company began recruiting drivers this month with nearly 100 drivers attending a registration day last week, according to the BBC.

The launch will pit Didi against current market leader Uber, which bought Uber’s China business in 2016 after the two companies went head-to-head in the market.

The ride-sharing market is on the rise in Australia with recent launches by India’s Ola and Europe’s Taxify, going up against home-grown competitor GoCatch.