By Newsroom on June 18, 2018Comments Off on Buzzoole Becomes First Platform to Introduce Nielsen-Powered Metrics to Measure Influencer Marketing ROI 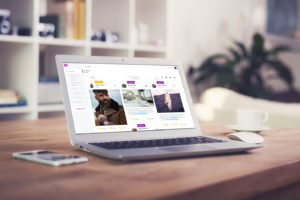 Buzzoole becomes the first influencer platform to provide information on the true reach of influencers’ posts thanks to its collaboration with Nielsen, market leading global measurement company.

True Reach is based on a proprietary algorithm designed by Nielsen to help brands and agencies understand the true reach of influencer marketing and establish a metric that can for the first time define how many users were actually reached during an influencer marketing campaign.

This new measurement activity – independently developed by Nielsen to create a set of variables – will be implemented by Buzzoole combining a number of key social media performance indicators such as follower base, post frequency and engagement rates with a custom survey that determines the effective readership.

The new True Reach model is able to provide an estimate of how many people an influencer marketing activation actually reaches and enables advertisers to get a more precise estimate of the impact of their campaigns.

The algorithm implemented by Buzzoole in its IT systems establishes a ratio between editorial activity on social media and gross reach (‘opportunities to see’) as determined by the survey results. The variables considered for this activity include:

Data collected through the model is then pushed through Nielsen’s proprietary ad recall index, which illustrates the number of followers who state to have seen a post published by an influencer. This allows brands to create clear ROI metrics for influencer campaigns including true reach, engagement and ad recall. The result is a measurable media buy metric that is clearly reported through the Buzzoole client dashboard.

Having recently launched a new office in the US, Buzzoole finds this metric of influencer measurement crucial for success within the industry.

“It is clear that influencer marketing works, but the question of measurement remains a marketer’s single biggest challenge to increasing influencer investment. Unless brands can make meaningful comparisons between influencer investment and other media the industry will not move from test-and-learn to a firm line item on a media plan,” says Ian Samuel, Chief Commercial Officer Buzzoole. “The Buzzoole True Reach metric gives influencer marketing campaigns the ability to stand shoulder to shoulder with more traditional media buys. Brands can now use Buzzoole True Reach to inform campaign spend and effectively measure ROI for the very first time.”