By Newsroom on July 20, 2017Comments Off on Blippar brings Facial Recognition technology with AR face profiles 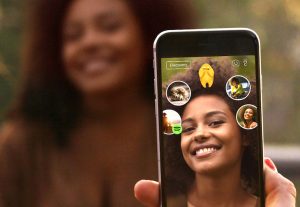 Halos gives users the freedom to express themselves to the world in a unique way. Giving the opportunity to celebrate the things they love, letting the world know how they’re feeling, sharing their tune of the moment, identifying their celebrity lookalike and much more. Users are in complete control of their profile and can toggle from visible to invisible in an instant.

Halos are powered by Blippar’s real-time facial recognition technology, which is one of the most accurate, lightweight and fast face recognition engines in the world.

In December 2016, Blippar launched Public Figure Facial Recognition — initially allowing users to scan 70,000 famous faces with the Blippar app to learn interesting facts about them drawn from the Blipparsphere (a visual Knowledge Graph drawn from publicly accessible sources). The app can now recognize a whopping 370,00 public figures, the largest such repertoire in the world.

Blippar’s Facial Recognition technology is also available at request as an API for businesses wishing to license and integrate it into their own applications and/or products.

Ambarish Mitra, Co-Founder & CEO at Blippar, says: “Our faces are our most unique and expressive form of communication. Through AR Face Profiles we are making the face accessible in digital format for the first time, providing an innovative and dynamic way of expressing ourselves and discovering more about those around you. The technology lends itself to many other forms of implementation, and we are delighted to be able to share our APIs and technology with other companies, who like us, are committed to spurring on innovation in their own industries.”

Blippar aims to change the way in which we interact with the world around us, helping users access more information more quickly and to connect with new experiences. 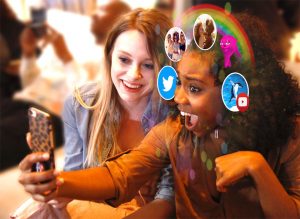 The beta launch of Halos includes the following: