By Newsroom on October 30, 2018Comments Off on Beko Continue to Change the Conversation Around Healthy Eating Through Emojis with FC Barcelona

Beko, a leading home appliances brand, has announced the latest step in its global mission to inspire children to live healthier, active lives. 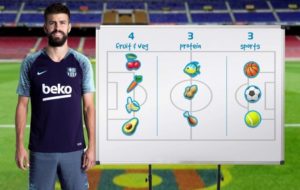 Beko’s Eat Like A Pro campaign has been encouraging children to eat healthily as part of an ongoing commitment with UNICEF and the support of the Barça Foundation to help prevent childhood obesity. Now, Beko is not only encouraging kids to Eat Like a Pro, but Train Like a Pro too, as the brand aims to inspire children to become more active, just like their FC Barcelona heroes.

The new initiative, known as 4-3-3, launches alongside this season’s Camp Nou El Clásico game, where FC Barcelona will take on their biggest rival, Real Madrid. The campaign takes inspiration from FC Barcelona’s world beating 4-3-3 formation on the field and calls on people all over the world to change the conversation on healthy living by showing their own healthy formation, using the internet’s most widely used language: emoji. 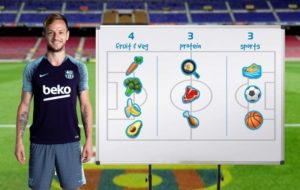 Taking part in the prevention of childhood obesity is simple. To create your own 4-3-3, all you need to do is choose the healthiest line-up of your preference which includes:

And post the combination using your chosen emojis on social media with #EatLikeAPro @beko.

Excitingly, sharing your 4-3-3 isn’t just a way to emulate your heroes, it’s a chance to win the opportunity to travel, train and live like a pro at FC Barcelona’s training ground. 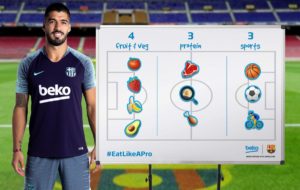 The competition winners will be granted a once-in-a lifetime trip to step into the shoes of their heroes with an exclusive behind the scenes tour of Camp Nou, plus diet coaching from the club’s chefs and nutritionists and the opportunity to train with world renowned Barça Academy coaches at the FC Barcelona training facility – Ciutat Esportiva Joan Gamper.

Look out for inspiration from the FC Barcelona players who are back to lead the Eat Like A Pro charge, revealing their 4-3-3 formations they’ll be following in the build up to the big game on social media. 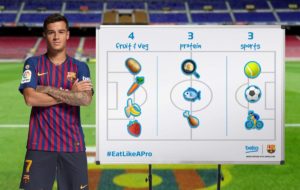 FC Barcelona nutritionist, Dr. Antonia Lizárraga, commented on the campaign: “During this week’s build-up to El Clasico, I’ve been working with the club and players to create the optimal 4-3-3 healthy formula to support performance on the pitch. It’s great to be able to show people all over the world just how important the players’ food choices are, and how that combines with their training and lifestyle to allow them to play at their best. Now, through the introduction of the 4-3-3 challenge, children, parents and football fans around the world can show how they eat and train like a pro, with the chance to win the ultimate FC Barcelona experience. I look forward to welcoming the winners to Camp Nou.”

The competition first phase is now open and runs until 31st December 2018, when winners will be selected at random.

Beko Continue to Change the Conversation Around Healthy Eating Through Emojis with FC Barcelona added by Newsroom on October 30, 2018
View all posts by Newsroom →