By Newsroom on May 3, 2017Comments Off on BBC Worldwide and Skype to launch first ever Doctor Who bot

BBC Worldwide and Skype have announced the launch of the first ever Doctor Who Bot. The Doctor will open the TARDIS doors and invite players to help him save the Universe in an exciting interactive digital experience titled The Saviour of Time. The brand new bot uses the latest technology to deliver a unique experience between the Doctor and the player.

In a world first, users get the thrilling opportunity to be the Doctor’s companion as the bot immerses them in a specially-written six-part Doctor Who adventure.  Players will experience the Doctor communicating with them directly and setting them challenges that can only be solved by the best companions.

Launching across multiple territories on May 3rd, the bot includes challenges, logic puzzles, and quizzes, revolving around the search for a mysterious artefact known as the Key To Time. Scattered throughout time and space, users must locate all six segments of the Key and restore it, in order to save the Universe. 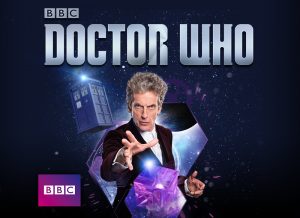 Following the launch, a new Chapter will be released every Sunday at 6 PM (BST) , shortly after episodes of Doctor Who series 10 air on BBC One, BBC AMERICA (USA), Space (Canada), ABC (Australia) and in other key international markets.

Jaclyn Lee-Joe, Chief Marketing Officer at BBC Worldwide said “It’s hugely exciting to be launching a Doctor Who Bot on Skype – which gives us the opportunity to deliver a new form of digital story-telling with our cutting-edge brand. Through this new innovation we get to experience first-hand how bots can help deliver digital first content, and immerse audiences, old and new, in the Doctor Who universe like never before.”

Steven Abrahams, Group Product Manager, Studios and Strategic Partnerships for Skype said “Our goal is for everyone in the world to experience the best Skype has to offer and the Doctor Who bot with BBC Worldwide brings a range of new features and functionality. We’re excited to see the bot bring users and fans one step closer to meeting the iconic Doctor.”

The Doctor Who Bot builds upon existing relationships between BBC Worldwide and Skype, working together to uncover exciting new ways to reach audiences. In 2015 Skype launched the shareable, movie and TV clips initiative, Skype Mojis – featuring exhilarating short-form content from Top Gear, Doctor Who, and Sherlock.

To add the Doctor Who Bot manually, users need to search for “Doctor Who Bot” in the Skype Bot Directory, read the bot’s profile and terms, and then click “Add to Contacts”.  To see new updates as they begin to roll out, users need to be on the latest Skype app for Windows, Mac, iOS, Android, or Web.

Click here to add the Doctor Who bot to Skype and start saving the universe!

BBC Worldwide and Skype to launch first ever Doctor Who bot added by Newsroom on May 3, 2017
View all posts by Newsroom →