By Newsroom on July 14, 2016Comments Off on AKQA Lets Passengers Preview “La Vie On Board” with Instagram

The work by AKQA on the @LaVieOnBoard Instagram account showed a canvas of 200 images showing what it is like to be on board the new train.

Here is a deeper look at the project and its impact:

With many and diverse destinations throughout Europe, Eurostar enriches the lives of its passengers by connecting people and cultures.

To launch their new fleet, Eurostar invites you to take your seat on board as it speeds from London to Paris. 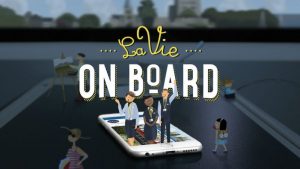 Bring the Eurostar journey to life in all its diversity, and illuminate the pleasures of train travel that begin as soon as a passenger embarks.

@LavieOnBoard is an illustrated and artistic interpretation of the journey – an Instagram narrative spanning 12 coaches and almost 200 still and moving images.

Each image describes an approaching destination, uncovers a hidden benefit or tells its own unique story.

Lionel Benbassat, the marketing director at Eurostar, said: “This Instagram horizontal canvas idea… immediately seduced us. It [allowed] us to discover in a playful way all the features of our new trains, and it [gave] users a preview of their traveling experience from London to Paris.” 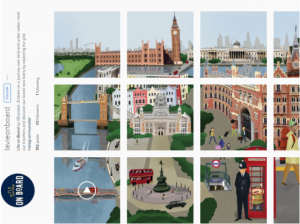 Peter Lund, a creative director at AKQA, said: “Launching the e320 exclusively on Instagram allowed us to bring the train to an existing community in its full length and glory. By using Instagram’s grid view as our canvas, we [allowed] users to dive into the train and explore all its new features.”

During the first week of launch, Eurostar increased its online following after positive reactions to @LaVieOnBoard from users and media outlets.

With 9.7 million impressions generated via Instagram, the campaign continues to generate a positive impact.

AKQA Lets Passengers Preview “La Vie On Board” with Instagram added by Newsroom on July 14, 2016
View all posts by Newsroom →