By Newsroom on March 7, 2017Comments Off on AerServ introduces open call auction for mobile programmatic buying 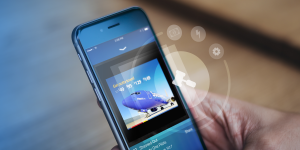 OpenAuction, available to publishers on the AerServ inventory management and ad serving platform, is said to enable publishers and developers to make simultaneous calls into all programmatic buyers and identify the highest potential bidder at impression level, while leveraging industry standards such as dynamic pricing protocols. It is aimed at bringing the same benefits of header bidding to mobile app publishers as desktop publishers.

“Mobile monetisation requires a mobile-first strategy. Simultaneous open ad calls generate the highest possible revenue for your inventory and AerServ is providing simplified access to this demand through a universal technology solution and standards formats,” said AerServ CEO Josh Speyer. “By working universally with all publishers on the AerServ mediation platform, we are unlocking the potential of mobile in the same way that desktop publishers have been doing for years.”