By Newsroom on October 10, 2017Comments Off on Adsmovil and AdColony to work programmatic mobile video in LATAM 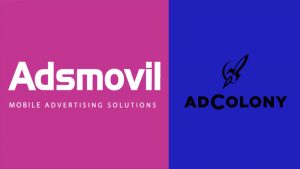 The mobile company Adsmovil announced a partnership with the video ad company AdColony which will bring its Instant-Play solution, focused on high-definition programmatic video campaigns, to Latin American countries.

Speaking ExchangeWire Brazil, Adsmovil’s CEO, Alberto Pardo emphasised that video is the format which has benefited the most from the growth of broadband penetration and internet access in the region.

“Opportunities are many. One of them, which I consider the most important one, is on mobile. It’s where technology in general is different from the web, representing a challenge to publishers. On the other hand, there are shared challenges such as brand safety and viewability,” said Pardo.

According to him, Instant-Play conclusion rates in Latin America are above 75%, with an approximate 10% of engagement rate. The partnership between the two companies is not new – AdColony was the first company to use Adsmovil’s MOAT solution and IAS for brand safety and viability, back in 2015.

The expansion should contribute to this year’s goals: Adsmovil is expecting to increase mobile sales by 40%, and to increase the video format share from the current 15% of their revenues to more than 20% in the next 12 months.

“We are very satisfied with this partnership in Latin America. There is no doubt that this product will optimise Adsmovil’s results in the region,” commented Gaston Bercun, General Manager, AdColony Latin America. He argues that AdColony’s formats are 100% native, non-intrusive, and created around the user experience.

Adsmovil and AdColony to work programmatic mobile video in LATAM added by Newsroom on October 10, 2017
View all posts by Newsroom →